Everyone’s gone to the moon 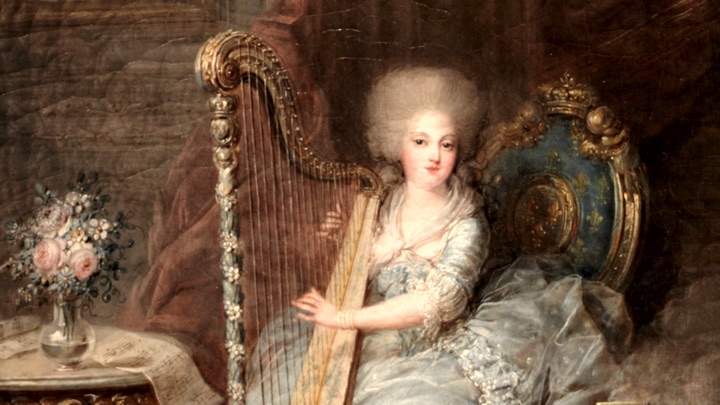 The warm response to last year’s “Vierzig Letzte Lieder” anthology suggested that readers might welcome another, smaller Strauss collection, so I put together some rare-ish versions of Capriccio’s concluding minutes which are, along with the Vier Letzte Lieder, the composer’s final intoxicating statements documenting his lifelong intoxication with the soprano voice.

Fans of the opera may note three obvious omissions—Elisabeth Schwarzkopf, Kiri Te Kanawa, Renée Fleming—whose Countess Madeleine interpretations are familiar and easily available. Several years ago, I posted a Lisa Della Casa (who never performed the role in the US) excerpt with the New York Philharmonic.

Janowitz, of course, famously recorded the complete work with Karl Böhm in the early 1970s, but I couldn’t resist including her concert version of the finale with Bernard Haitink dating from 1978, the same season she performed the opera on stage for the first time in a Neueinstudierung at the Wiener Staatsoper.

Many will have seen Norman’s 1994 PBS concert with Jane Glover, but today’s Capriccio final scene with Erich Leinsdorf dates from eight years earlier and finds the diva in fresher voice. Popp’s is the only one of the seven versions to derive from a complete performance of the opera, hence you’ll very briefly hear a male voice.

As much as I love Strauss, I admit to finding a lot of the opera tough going. I attended both runs of Capriccio at the Met which mercifully came after the company installed its titling system. The John Cox production was mounted for Te Kanawa, singing her final leading role with the Met 24 years after her surprise debut.

I returned in 2011 to catch Fleming as the Countess but like her Met Arabella it proved a surprising disappointment. Of the two Fleming CDs I own, I’ve only ever listened intently to her Strauss Heroines disk which I admire greatly (particularly when I slip in the Susan Graham–Barbara Bonney Rosenkavalier “Presentation of the Rose” recorded at the same time but only issued later as part of a Bonney collection.)

When I was in Rome in the fall of 2006, I heard Fleming at the Parco della Musica with Antonio Pappano and the Orchestra dell’Accademia Nazionale di Santa Cecilia in an all-Strauss program in which she performed both the VLL and the Capriccio finale. She was in radiant form, and it nearly made up for Kaufmann canceling his La Damnation de Faust with Pappano a few days before. Unfortunately, five years later at the Met, the diva was at her most mannered and her fussy, archly acted Countess flopped.

Capriccio is having a small resurgence these days: Christian Thielemann recently conducted a new production in Dresden that was originally to star Stoyanova but the role was taken instead by Camilla Nylund.

The Paris Opéra had scheduled a revival of Robert Carsen’s staging for Diana Damrau, but it was canceled during the pandemic; however, Damrau is getting her chance when the Bavarian State Opera mounts a new Capriccio during this year’s summer festival.

However, having listened to a live broadcast in October 2019 from Carnegie Hall of the soprano performing a dire VLL, I’m not looking forward to hearing her Gräfin. I’m surprised that Munich’s resident (as in she rarely sings anywhere else) diva Harteros has never taken on the role which would seem a perfect match.

Capriccio as well as each final scene can be downloaded by clicking on the icon of a cloud with an arrow pointing downward on the audio player above and the resulting mp3 files will appear in your download directory.

In addition, well over 500 other podcast tracks are always available from Apple Podcasts for free, or via any RSS reader.

The archive which lists all Trove Thursday offerings in alphabetical order by composer will soon be updated.