I had too much to dream last night

Trove Thursday previews next week’s BBC Proms presentation of Elgar’s The Dream of Gerontius with a 2008 broadcast conducted by Colin Davis with Sarah Connolly, Ben Heppner and Gerald Finley. 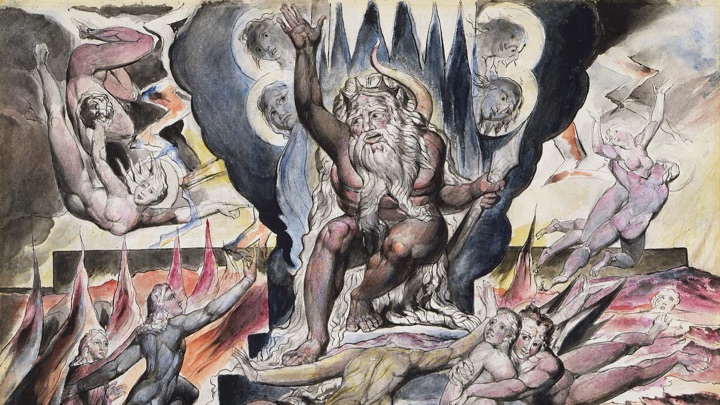 Given that Gerontius is so often described as Elgar’s masterpiece, I’d never noticed it being performed locally during the more than thirty years I’ve lived in New York City. When I checked Carnegie Hall’s archives, indeed it has not been performed there in more than 60 years.

The last times occurred when Sir John Barbirolli led the New York Philharmonic in concerts featuring Maureen Forrester and Richard Lewis. The Philharmonic has performed it during the 21st century at Lincoln Center when Davis conducted Michelle DeYoung, Anthony Dean Griffey and John Relyea in 2001 which I clearly overlooked. Perhaps one of the local choral groups has performed it since then.

Although I have heard today’s three Elgar “stars” most often at the Met, my initial encounters with each were not with the Met. One of Heppner’s earliest Wagner portrayals was as Walter von der Vogelweide at Lyric Opera of Chicago in 1988.  As a Peter Sellars fan, I had to make the trip to see his “Jimmy Swaggart” Tannhäuser, an interpretation suggested by that famous televangelist’s then-recent fall from grace. I found it absolutely gripping as well as ravishingly beautiful. Has Sellars directed any 19th century opera since then?

I don’t recall noticing Heppner amid the crowd in the production’s Crystal Cathedral second act, but I certainly did when I next saw the tenor at Lincoln Center.  In December 1992, Heppner joined Gabriela Benackova and Leonie Rysanek in the searing Met revival of Jenufa and the next year he and the Czech soprano reunited as the doomed lovers in a new Rusalka. As the tenor did not appear in the first few performances of the Dvorak opera, I wisely waited until he arrived and was not disappointed.

During the remainder of the 1990s Heppner went from triumph to triumph at the Met. His haunted Ghermann dominated the thrilling Pikovaya Dama in the company of Karita Mattila, Rysanek and Dmitri Hvorostovsky.

He and Mattila would reunite for a superb revival of Die Meistersinger von Nürnberg in 1995 and again in Lohengrin (I had missed the first run of the Robert Wilson production when his Elsa was Deborah Voigt). I remember thinking more than once, especially during the Meistersinger, that I couldn’t imagine his music being sung more beautifully.

New Met productions of Tristan und Isolde and Fidelio, the latter again with Mattila, followed, crowned by a heroic Waldemar in Schoenberg’s Gurrelieder with the MET Orchestra at Carnegie Hall. Later in 2001 though I first heard problems began to arise. I remember a crack or three surfacing during his final Walthers that I hadn’t heard before.

His Énée in the new Les Troyens was not as freely sung as expected, but alongside Lorraine Hunt Lieberson’s heartbreaking Didon it hardly mattered. Yet I found him more impressive than ever in the Tristan revival in 2003; the third act is usually my least favorite but I was transfixed by his boldly secure Tristan that year, perhaps because Jane Eaglen’s Isolde had become even more boring than before.

As Heppner was often an earnest but clumsy actor, Verdi’s Otello was not really his role, but his final Met Wagner appearances in the spring of 2006, again as Mattila’s secret savior and in Parsifal a few weeks later surrounded by a stellar cast of Waltraud Meier, Thomas Hampson and René Pape, were altogether memorable.

Although he did perform both Siegfrieds at the Aix-en-Provence Festival with Simon Rattle, it’s probably just as well he didn’t follow through with them in the ill-fated Lepage Ring. His Siegfried duet with Voigt at a 2009 Met gala (Heppner’s final appearance with the company) was not a happy event.

My last Heppner encounter may surprise some: I remember listening to the 2008 broadcast of his return to Ghermann after a decade, and he was in very poor form cracking often. I had a ticket to the second performance which I was dreading, but he pulled it together and gave a fine portrayal with nary a sign of the struggles that had plagued him several days earlier.

As I’ve mentioned on Trove Thursday before, Finley is one of my very favorite baritones of today. I first heard him nineteen years ago with the New York Philharmonic in a shredded Messiah at Riverside Church. Years later, again with the Philharmonic, his charismatic performance of the title role almost made me like Mendelssohn’s Elijah.

Finley’s suave Nick Shadow in The Rake’s Progress reminded me of his superb Don Giovanni, while his Golaud in Pelléas et Mélisande, Oppenheimer in Dr.Atomic and Bluebeard in Bartok’s opera have been among the most telling portrayals I’ve experienced at the Met over the past decade-and-a-half.

Connolly’s Romeo in Bellini’s I Capuleti ed I Montecchi at the New York City Opera was her first big local splash; I inexplicably skipped it but was sure to catch her subsequent very fine Ariodante and Serse there. She finally arrived at the Met in 2005 as Annio in La Clemenza di Tito, but I have most enjoyed her two Richard Strauss portrayals there: as the Komponist in Ariadne auf Naxos and Capriccio’s Clairon.

I thought her potent, soaring Composer one of the more successful I’ve seen, particularly as Joyce DiDonato the next year was so stressed and strained in the same role the following season.

Sir Colin only led 20th century operas at the Met and his Britten, Berg and Debussy performances were well before my time. But I was lucky enough to attend his superb concert versions of Weber’s Der Freischütz and especially Berlioz’s Béatrice et Bénédict with the New York Philharmonic.

Elgar: The Dream of Gerontius

Dream of Gerontius can be downloaded by clicking on the icon of a loud with an arrow pointing downward on the audio player above and the resulting mp3 file will appear in your download directory.