Hate is a bottomless cup 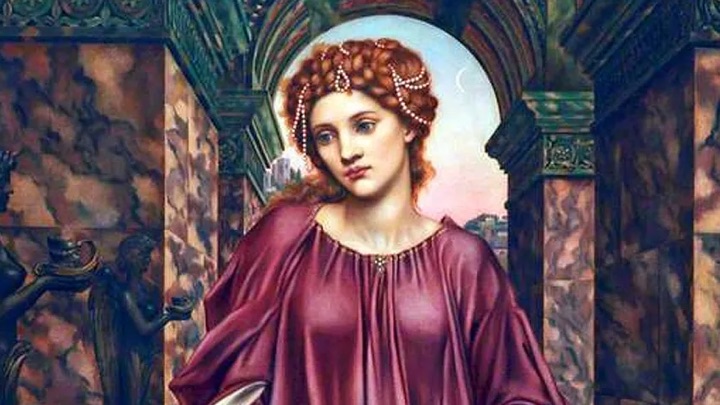 A woman who sacrifices all for a man only to be abandoned driving her to infanticide is an obvious operatic anti-heroine. In addition to today’s three Medea operas, Trove Thursday has previously posted Lully’s Thésée and Handel’s Teseo, both of which deal with the witch’s tumultuous post-Jason life.

Another lesser-known depiction would be Mayr’s Medea in Corinto which has been commercially recorded by Marisa Galvany and Jane Eaglen. Cherubini’s opera can also be heard in live broadcasts with Inge Borkh in German and Eileen Farrell in Italian on a Trove Thursday post from four years ago.

Today’s Médées feature Plowright in the original opéra-comique with spoken dialogue, as well as the bizarre edition Verrett performed at the Paris Opéra—the 1854 German version with the Lechner accompanied recitatives all retranslated back into French, perhaps a cockamamie stab at authenticity.

It’s too bad that Antonacci waited until just recently to appear in a pre-Gluck French opera. What a marvelous Phèdre in Rameau’s Hippolyte et Aricue she would have been! It must be admitted that this Geneva performance is rather late but it’s fascinating, particularly alongside her celebrated interpretation of the Cherubini which she, like so many others, performed in Italian. Galvany, Leyla Gencer and Najda Michael tackled both Cherubini and Mayr, but I wonder if any other divas have tackled more than one Medea.

Next year in Paris, Karine Deshayes will take on the Lully Médée a week before Vèronique Gens at last casts Charpentier’s spells.

The Met, whose new production by Sir David McVicar is being mounted for Sondra Radvanovsky, is co-sponsoring with Film at Lincoln Center a screening of Pier Paolo Pasolini’s controversial film of Medea starring Maria Callas, the most famous interpreter of the Cherubini role, on September 20.

Today’s four Medea operas can be downloaded by clicking on the icon of a loud with an arrow pointing downward on the audio player above and the resulting mp3 files will appear in your download directory.

In addition, nearly 600 other podcast tracks are always available from Apple Podcasts for free, or via any RSS reader.

An archive which lists all Trove Thursday offerings in alphabetical order by composer has recently been updated.