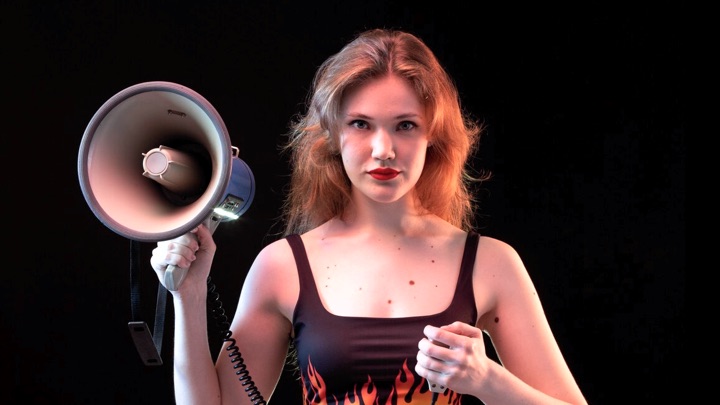 Strauss’s comic opera to a libretto by Stefan Zweig premiered in Dresden in 1935 and remains one of the composer’s least-performed works. Zweig’s text freely adapts Ben Jonson’s early 17th century comedy Epicoene by changing its title character from a young boy to a woman who works a plot to fool a rich old bachelor. The many resemblances to Donizetti’s Don Pasquale are surely intentional.

The first cast included Friedrich Plaschke as Sir Morosus, the most prominent of the five roles the bass-baritone created for Strauss beginning with the First Nazarene in Salome thirty years earlier. By the way, Eva von der Osten, Plaschke’s wife, was Der Rosenkavalier’s first Octavian.

Maria Cebotari, then just 25, became the first soprano to sing the “Silent Woman;” her role of Aminta is regularly taken by high coloratura sopranos who also perform Strauss’s Zerbinetta. But Cebotari, before her early death at age 39, took on an extraordinarily wide repertoire that also included Salome and Turandot! A noted coloratura, Erna Sack, performed the smaller role of Isotta and Kurt Böhme, who was the first Vanuzzi, later became a noted Morosus.

Since the war, the Bayerische and Wiener Staatsopers have become Schweigsame Frau’s biggest advocates. Vienna’s first production in 1968 was led by Oskar Czerwenka and Mimi Coertse, and the opera would then become an important vehicle there for Edita Gruberová. Twenty years later, Kurt Rydl and Natalie Dessay premiered a new Vienna production, while Dessay would also be Aminta in Paris at the Châtelet in 2001.

Munich probably performs Schweigsame Frau more often than any other company. Today’s in-house recording features Moll at 50 in one of his most celebrated roles. He was just 34 when he first took on the part in the celebrated 1971 Günther Rennert production which regularly featured Reri Grist. Munich finally replaced the Rennert in 2010 casting Rydl and Diana Damrau as the unhappily “married” couple.

Before tenor Jonas became one of its resident stars, the Bayerische Staatsoper’s leading Kaufmann was soprano Julie, an American whose career took place almost entirely in Europe. She can also be heard in two other Munich performances previously featured on Trove Thursday: as Zdenka to Lucia Popp’s Arabella and as Die Lustigen Weiber von Windsor’s Anna Reich when she again appears with both Popp and Moll.

Besides Grist and Kaufmann, other North American sopranos who have excelled as Aminta include Patricia Wise, Jane Archibald and Brenda Rae, the latter has taken over in Munich from Damrau. Joan Carroll headlined the 1958 US premiere of Schweigsame Frau (in English) at the New York City Opera; she would later appear in the title role of Lulu at its first performances at the US with the Santa Fe Opera. That Lulu’s designer was Rudolf Heinrich, who happened to be married to Carroll!

Araiza’s role today of Henry, Morosus’s nephew and Aminta’s husband, was notably taken by Fritz Wunderlich both at the 1959 Salzburg Festival with Hilde Güden and Hans Hotter and at Buenos Aires’s Teatro Colón two years later conspiring against Böhme with Ingeborg Hallstein. Carroll’s City Opera Henry was John Alexander, who sang nearly everything.

Santa Fe, a company much interested in Strauss, finally got around to Schweigsame Frau in 1987 when Erie Mills tricked Marius Rintzler, then Eric Halfvarson in 1991. Pittsburgh Opera Theater SummerFest performed the work in 2016, likely its most recent US production before Bard’s opens on July 22. For those who can’t make it to the Fisher Center’s Sosnoff Theater, the premiere will be livestreamed (for a fee) with a repeat available on July 30.

This comic Frau is sometimes criticized as being overlong given its slim premise. Yet many performances, including today’s, feature substantial cuts and include just over two hours of music.

Schweigsame Frau can be downloaded by clicking on the icon of a cloud with an arrow pointing downward on the audio player above and the resulting mp3 file will appear in your download directory.