Lyric Opera of Chicago opens its new season on September 9 with an all-American Ernani, prompting a Trove Thursday preview with three versions of my favorite early Verdi opera featuring as its unlucky heroine: Leontyne Price, Martina Arroyo and Aprile Millo. 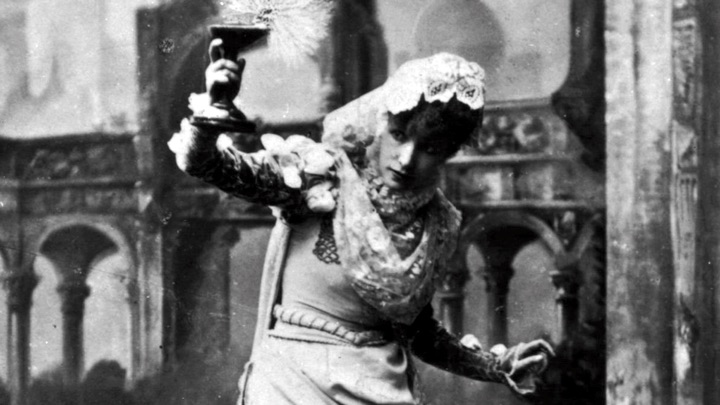 I was surprised to discover that the role of Elvira (also known as Doña Sol in Victor Hugo’s play Hernani ou l’Honneur Castillan, Verdi’s source) at the Met has been dominated by US sopranos even beyond the trio featured today. Beyond Ernani’s four initial performances with Marcella Sembrich in 1903 and Zinka Milanov’s run in the mid-1950s, every performance at the Met has featured an American Elvira, including Argentine Adelaide Negri who sang a single performance in 1983.

Rosa Ponselle commanded Ernani at the Met in the 1920s in the same way that Price did in the 1960s followed by Arroyo in the 70s. As those divas were well before my time, my own Met Ernani experiences have starred Leona Mitchell, Sondra Radvanovsky and Angela Meade (twice).

Elvira was Millo’s 1984 Met debut in Brooklyn’s Prospect Park, six months before her first appearance in the house as Amelia in Simon Boccanegra, replacing an ill Anna Tomowa-Sintow. She performed Ernani just twice at Lincoln Center alternating with Mitchell as subs for Montserrat Caballé who canceled her entire run of Elviras in 1985.

Today’s San Francisco Ernani production included Price’s final Elvira appearances which concluded in an SFO tour to Los Angeles during spring 1969. Franco Corelli, Arroyo’s bandit today, performed his role nine times with Price at the Met, while this 1971 Ernani proved to be Giaiotti’s only Silva with the company.

I’ve always found Ernani irresistible and have attended each of its Met revivals this century. The 2013 series afforded Dmitri Hvorostovsky one of his finest Verdi portrayals while three years later Placido Domingo, who opened the 1970-71 season in the title role opposite Arroyo, discovered in Don Carlo his least successful Met Verdi “baritone” endeavor.

Chicago’s production, the latest installment of the company’s early Verdi series, is conducted by music director Enrique Mazzola and stars Tamara Wilson, Russell Thomas, Quinn Kelsey and Christian van Horn, all of whom, I believe, will be singing their roles for the first time.

Wilson, Thomas and Mazzola collaborated on an all-Verdi concert earlier this year which Lyric generously posted recently on YouTube.

One sad note: contralto Sheila Nadler, featured in the tiny role of Giovanna opposite Price, died last month at the age of 82.

Each Ernani can be downloaded by clicking on the icon of a cloud with an arrow pointing downward on the audio player above and the resulting mp3 file will appear in your download directory.

In addition, nearly 600 other podcast tracks are always available free from Apple Podcasts, via any RSS reader or on Spotify!

An archive which lists all Trove Thursday offerings in alphabetical order by composer has recently been updated.

“Be as a bird perched on a frail branch that she feels bending beneath her, still she sings away all the same, knowing she has wings.” – Victor Hugo