The always elegant Véronique Gens has recently returned often to her earliest roots in the French baroque. 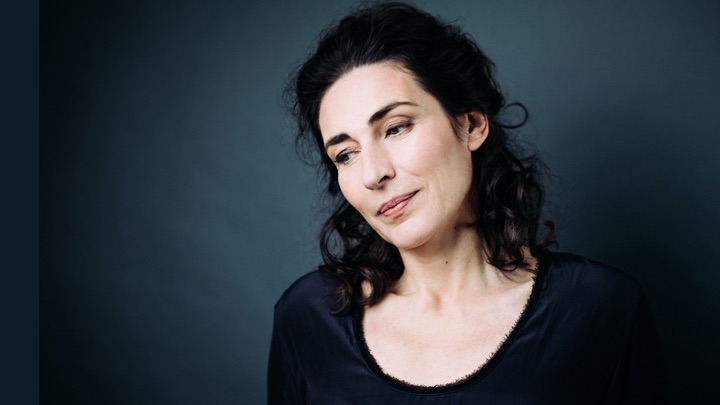 And so Trove Thursday features the soprano in both Lully’s Alceste and Roland, as well as an enchanting Rameau concert.

Gens has spent much of the 21st century exploring quite obscure 19th century operas by Godard, Franck, Messager, Halévy, Delibes, Saint-Saëns, Lalo, David and others, thanks primarily to the tireless efforts of the Palazzetto Bru Zane. But her earliest successes were in 17th and 18th century music beginning with her tiny role in the legendary production of Lully’s Atys when she was just 20 years old.

Even though I hadn’t yet moved to New York, I made it my business to travel here in 1989 when the Brooklyn Academy of Music presented Atys—I went twice in order to see both casts! As Gens quickly became a much sought-after artist, she wasn’t part of the return of Atys to BAM in 1992, but that year she appeared in New York with Les Arts Florissants and Sandrine Piau, Claron MacFadden, Mark Padmore, Charles Daniels and Jerome Corréas in an exquisite Fairy Queen at Alice Tully Hall.

After her LAF all-Handel concert at BAM in 1996, I never heard Gens (still then under 30) again in New York. As far as I know she hasn’t appeared anywhere in the US since, although she was scheduled to perform in Leclair’s Scylla et Glaucus with the Philharmonia Baroque in 2020. That was one of the many pandemic casualties, but thankfully she got the chance to sing Circé in Budapest this spring, I understand a CD recording of it was made for Glossa.

Just before the Hungarian Leclair, she undertook another rarity at the Théâatre des Champs-Elysées: Marais’s Ariane et Bacchus. A video recording of that performance was posted on YouTube less than two weeks ago. I’ve tried and tried but I just can’t get into it; a far cry from the composer’s great Alcione.

During her very busy spring Gens also took part in performances and a recording of Rameau’s Zoroastre. Further concerts are scheduled in the fall.

The music she performs in the Rameau concert posted today belongs, however, to the heroine Amélite, rather than her new role of Erinice, the bad girl.

After Atys Gens took on several smaller roles in Lully’s Alceste conducted by Jean-Claude Malgoire. Fourteen years later she ascended to Alceste for the broadcast posted today.  Another Lully title role came to Gens indirectly: several years ago. she recorded a version of Armide adapted a century after its premiere by François Francoeur.

Next season Gens takes on for the first time two of the most iconic title roles of French opera. In November, Gluck’s Armide (which uses the Quinault libretto written for Lully) conducted by Christophe Rousset will be revived at the Opéra-Comique, followed by a concert version of Charpentier’s Médée at the TCE.

In addition to all these new baroque roles, Gens has continued to expand her enormous—and splendid—discography. Recorded in late 2020, “Passion” presents excerpts from a substantial selection of Lully excerpts, plus bits by Collasse, Desmarets and a preview of her Médée. It’s an exciting, impressive sampler for which Alpha has provided its diva with Ensemble Les Surprises. a top-notch period orchestra, as well as an enthusiastic chorus.

I’ve listened to it often and much prefer it to “Rivales,” her most recent CD on which she reunites with Piau for arias and duets by forgotten composers like Edelmann, Loiseau de Perguis, and Dalayrac, in addition to J.C. Bach, Gluck and Cherubini.

The ageless pair are in splendid form (Gens is in brighter, firmer voice than on “Passion”) for an uneven program that attempts to recreate the rivalry of two late 18th century sopranos, Mme Saiint-Huberty and Mme Dugazon. The Gluck arias from La Clemenza di Tito and Alceste are inevitable high points. but many of the other selections, though wonderfully well performed, are not especially distinguished or memorable.

A final word about the recording of Roland, one of my favorite Lully operas. It was revived during the 1993-94 season for José van Dam and was the first French opera conducted by René Jacobs. I recall that the reviews were mixed, and unusually for Jacobs it was not recorded by Harmonia Mundi.

A while later today’s recording came into my possession and I listened with interest. But the title role was clearly not sung by van Dam; it sounded a lot like Laurent Naouri to me. After some internet sleuthing, I discovered that Naouri had indeed performed the title role of Roland during a run of performances in Montpellier.

Years later, Jacobs tried his hand at Rameau for a production of Platée at the Dutch National Opera with Colin Lee in the title role. It was more positively received than Roland; I have the Rameau broadcast which I like a great deal. Jacobs’s Platée was also not recorded by HM!

Both Lully operas as well as the Rameau concert can be downloaded by clicking on the icon of a cloud with an arrow pointing downward on the audio player above and the resulting mp3 files will appear in your download directory.

In addition, nearly 600 other podcast tracks are always available from Apple Podcasts for free, or via any RSS reader. Trove Thursday has also recently become available on Spotify!

The archive which lists all Trove Thursday offerings in alphabetical order by composer  has recently been updated.

As you browse this article’s selected commercial recordings, please keep in mind the deep discounts offered on CDs, videos, electronics an virtually all other types of goods on Amazon Prime Day July 12.