“Trove Thursday” features its two favorite baritones in a pair of comforting settings of the Requiem. 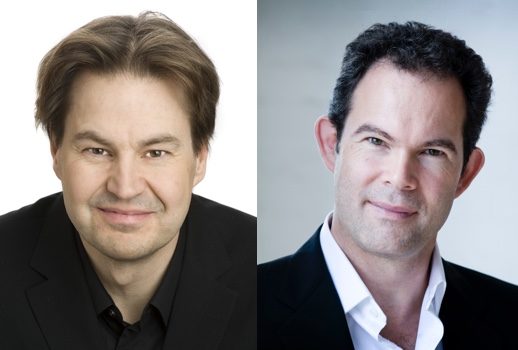 One wonders if Fauré was thinking of Brahms when he composed his Requiem, as it echoes the German composer’s use of soprano and baritone soloists in Ein Deutsches Requiem? And surely Duruflé must have modeled his on Fauré’s.

Of the two French versions, Fauré’s is far better known but sheerly through a fluke I came to Duruflé’s much earlier. I was a book-smart but socially backward 20-year-old virgin when a senior working at my dorm proposed we get naked together. Although I wasn’t attracted to him, I figured it was time to take the plunge. As it turned out he was deeply fascinated by the grandeur of the organ!

That is, he soon revealed his great musical passion was 20th century French organ music. I considered myself fairly sophisticated about classical music by then but when he casually mentioned Charles-Marie Widor, Louis Vierne and Maurice Duruflé I had no idea whom he was talking about.

At one point during our brief dalliance he flew east (to somewhere in New Jersey I think) to hear a noted French musician play a famous organ; meanwhile, I sought out several of “his” composers and listened to their stuff. I pretty much hated every note but I did notice a new recording of a sacred vocal work by Duruflé that surely had to be more appealing than those massive keyboard blasts I’d heard.

I was also a big Kiri te Kanawa fan at the time so one weekend when I was home I visited the enormous local Peaches and purchased the LP of te Kanawa and Siegmund Nimsgern in the Duruflé Requiem, which I liked a lot. That musical introduction proved to be the most lasting memory of my deflowerer Bill who shared a first name with my father—yikes!

Acquaintance with Fauré’s sublime version came later. Back in the day I remember reading raves about a new recording conducted by John Rutter (whom I would later learn was a big deal) of the original version of the Fauré, which I purchased when it went on sale at Record Hunter. I liked it even more than the Duruflé and although I’ve only attended a performance of either of them—the Fauré by the New York Philharmonic which was the second of just two occasions I heard my beloved Arleen Augér (with Hakan Hagegard) in person—I do prefer both to Verdi’s hellfire-and-brimstone Messa da Requiem.

I recently mentioned that Mattei and Finley were my favorite baritones singing today so when I discovered that I had these Requiem settings featuring them I couldn’t resist this pairing.

Both the Fauré and the Duruflé can be downloaded by clicking on the icon of a square with an arrow pointing downward on the audio player above and the resulting mp3 files will appear in your download directory.

Fauré’s Pénélope with Régine Crespin and Guy Chauvet remains available. In addition, more than 250 other podcast tracks are always available from iTunes for free, or via any RSS reader. 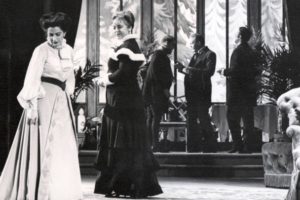