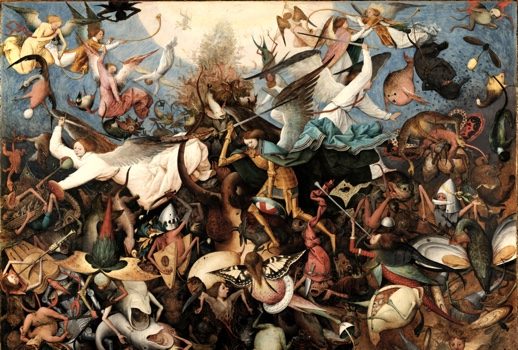 As Tanglewood prepares to present the Verdi Messa da Requiem this Saturday al fresco, “Trove Thursday” turns to the “other” coast for a double dose of this piece performed by the Los Angeles Philharmonic: one outdoors with Teresa Stratas, Lili Chookasian, Richard Verreau and Ezio Flagello led by Zubin Mehta, while Carlo Maria Giulini conducts an indoor performance with Renata Scotto, Lucia Valentini-Terrani, Veriano Luchetti and Martti Talvela.

Though a card-carrying Verdi nut, I’m probably a member of the tiny minority that doesn’t love the Requiem.While I acknowledge its extraordinary qualities and powerful impact, after attending a performance I usually feel like I don’t need to experience another one for a good long while.

I suspect my lack of enthusiasm for the Requiem mirrors my similar non-affection for Messiah. Both Verdi and Handel are masters at creating complex, nuanced human beings which make their operas among the very greatest. But as there are no “characters” in either Requiem or Messiah, those two works have always struck me as far less compelling than their composer’s greater stage works.

Others disagree as recently both have been staged in opera houses. Among the best-known is Claus Guth’s reimagined Messiah,

…and at one time there were whispers that the Met might be remounting Deborah Warner’s production from the English National Opera.

Calixto Bieito’s expectedly intense take on the Verdi Requiem is being revived at the Hamburg Staatsoper in March,

…while in November the Zurich Opera presents the mass as a ballet by Christian Spuck conducted by Fabio Luisi.

Requiem-fever has even reached out to Mozart’s as the Aix-en-Provence Festival is currently presenting the composer’s final work in a dramatic realization by Romeo Castellucci.

When his big scandal finally broke in December 2017, it wasn’t lost on me that the final work I’m ever likely to hear conducted by James Levine was the Verdi Requiem; ironically it was also the very first.

In 1980 before I made my first trip to the Met, Levine made a much-heralded return to the Cincinnati May Festival whose music director he had been in the mid-1970s to lead the Requiem with Teresa Zylis-Gara, Marilyn Horne, Neil Shicoff and John Cheek. He never again appeared at Music Hall although he was scheduled to come back once more to the 2018 May Festival to conduct, you guessed it, the Verdi Requiem.

Looking at the Hollywood Bowl “cast” I was struck me that three out of the four soloists (Stratas, Chookasian, and Flagello) had earlier that same year—1965—appeared together at the Met in the US premiere of Menotti’s The Last Savage.

Today’s Verdi broadcast may very well have been the only occasion Stratas (then 27) tackled the Requiem, an engagement that happened probably because she was seeing Mehta at the time. It also must be the only recording of their musical collaborations; they performed Turandot together at the Met four times in the fall of 1966 but I have never seen a pirate of any of those.

A pair of very different settings of the Requiem Mass (and both as yet unstaged as far as I know) will arrive on “Trove Thursday” next month.

Both LA versions of the Requiemcan be downloaded by clicking on the icon of a square with an arrow pointing downward on the audio player above and the resulting mp3 files will appear in your download directory.

More than 250 other podcast tracks are always available from iTunes for free, or via any RSS reader. The archive which lists all “Trove Thursday” offerings in alphabetical order by composer has been updated this month.