Quarantining during COVID dramatically increased my compulsion to collect and compare interpretations. 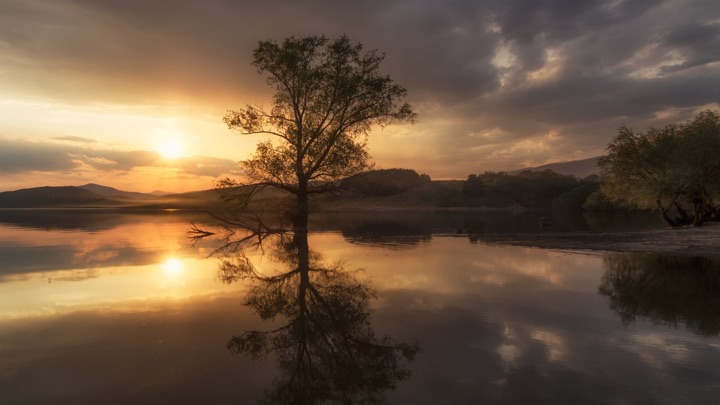 On 22 May 1950, Flagstad gave the world premiere of VLL in London two years after the composer’s death. This event was recorded on acetates and privately disseminated. I hadn’t planned to include it today as I assumed it was well-known but friends told me they’d never heard it and as my own CD copy (on an otherwise fascinating SIMAX CD anthology) was in wretched sound, I decided to begin with it in a much-improved edition.

I vividly remember the first time I heard this sublime work: new LPs were regularly featured on WGUC and I happened to tune in when the radio station played the Gundula Janowitz/Herbert von Karajan version. I was immediately bowled over and bought the record as soon as I could—not an easy task in southwestern Ohio during mid-1970s. Soon I had nearly worn out the first side but may have never played Tod und Verklärung on the other!

Years later a former friend became obsessed with Kiri Te Kanawa/Andrew Davis’s VLL and when we learned that she’d be performing it in the summer of 1985 with the Chicago Symphony at the Ravinia Festival, we had to attend—not a bad first live encounter.

To my surprise, the second and third came in consecutive years in Cincinnati. In 1989, the Orchestre de la Suisse Romande under Armin Jordan visited Music Hall and when I arrived to hear it and Martha Argerich, I nearly fainted when the marquee displayed “Julia Varady” instead as the soloist! I had known she too was touring with the orchestra and was frustrated that Argerich had instead been scheduled. But the frequently elusive pianist canceled (no surprise) and Varady arrived to perform an unusually cool and intense VLL in what proved to be my only opportunity to hear her.

The next year I was pleasantly surprised when the Cincinnati Symphony invited Helen Donath to perform the VLL. Her brightly earnest reading couldn’t have been more different from Varady’s and I was grateful to hear it before I left for New York City soon after.

For some reason it took me more than a decade to again hear Strauss’s songs live but in the meantime I was purchasing indelible versions on CD. I know that many relish Sena Jurinac’s live 1951 performance with Fritz Busch, but despite being a huge Jurinac fan I’m not crazy about it. I prefer instead Lisa Della Casa’s ravishing 1953 reading under Karl Böhm—the work’s first commercial recording.

Both Jurinac and Della Casa use the original Flagstad order whereas Elisabeth Schwarzkopf’s first recording also from 1953 puts them in now-traditional order—or at least that’s how Références released them on CD. I must have listened to it at least once, but I’ve never had the courage to sample her later recording with George Szell.

When I bought Jessye Norman’s expansively majestic VLL with Kurt Masur I had no idea that it would become so divisive. But, for or me, it remains, with Janowitz’s and Della Casa’s, the version I most often return to. I however cherish Soile Isokoski’s more recent CD as well.

After listening at home to so many recorded versions I was grateful to hear the songs live again in 2002 when the New Jersey Symphony handed out freebies to a Friday night concert. Several of us ventured to Newark for Alessandra Marc’s maddening VLL—sometimes breathtakingly gorgeous while often riven by grotesque glottal attacks and sloppy words.

When in Rome four years later, I did as many Romans did and made the arduous schlep out to the Parco della Musica to hear Renée Fleming and Antonio Pappano revel in Strauss, a program that also included the diva performing the final scene from Capriccio. It proved to be one of the very best of the many times I heard Fleming, an experience echoed a decade later when she performed the VLL—likely for the very last time in New York—with the Met Orchestra and David Robertson at Carnegie Hall.

I had hoped to hear noted Strauss soprano Anne Schwanewilms collaborate with Fabio Luisi and the Dallas Symphony last October at Carnegie in the VLL but that was not to be so I’ve spent a fair number of hours over the past year listening to scads of live versions.

I’d previously posted Genia Kühmeier’s on Trove Thursday and wanted to post another. Sorely tempted by many others, I couldn’t cut down the list to just one or two—so I chose ten! I tried to have only versions by those who never recorded the work commercially (there are many who have) and whose performances haven’t yet turned up on YouTube (there are many many available there). Meier did record them, but with piano, not orchestra. Since Kaufmann has performed Das Lied von der Erde all by himself, why not Strauss’s quintessentially soprano masterpiece as well—albeit with piano, not orchestra?

These tracks of Vier Letzte Lieder can be downloaded by clicking on the icon of a square with an arrow pointing downward on the audio player above and the resulting mp3 files will appear in your download directory. Needless to say, the sound quality of these ten broadcast tracks varies considerably.