The slave who would be queen

The Met’s Nabucco revival was an early pandemic casualty and it’s unlikely to be rescheduled anytime soon as its raison d’être has been (at least temporarily) banished, so Trove Thursday programs Verdi’s early success with Rita Hunter, Kostas Paskalis and Ferruccio Furlanetto, plus a cabaletta-quiz in which 15 sopranos tackle “Salgo già!" 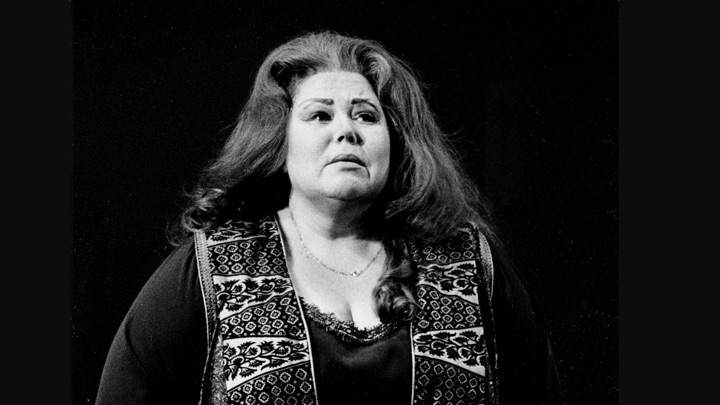 While combing through Nabucco possibilities, I realized that I hadn’t yet included the wonderful Hunter on Trove Thursday. I don’t believe she performed Abigaille very often (could this engagement in New Orleans been the only time?).  Though best known for her Wagner, Hunter performed a number of other Verdi operas including Aïda (at the Met among other theaters), Il Trovatore, Macbeth, Don Carlo and Attila.

Greek baritone Paskalis had a very erratic Met career of just 17 performances. The noted Verdi baritone sang three performances of Forza’s Don Carlo in the house but otherwise was mostly occupied there with Figaro in Il barbiere di Siviglia and Valentin in Faust.

He did have the distinction of headlining the Met’s 1967 Verdi Festival in Newport, Rhode Island during which he performed Macbeth opposite Grace Bumbry in a role she only sang once at Lincoln Center and Monforte in the company’s first-ever I vespri Siciliani which also featured Virginia Zeani in a rare Met appearance.

Many will no doubt know Paskalis best as Alfonso opposite Montserrat Caballé in her “star is born” Lucrezia Borgia with the American Opera Society at Carnegie Hall in 1965. Three years later he’d return to AOS for Nabucco opposite Elena Souliotis.

This in-house recording includes an early Furlanetto performance as Zaccaria. He was just 29 at the time, several years prior to his Met debut in 1989.

One wintry day a few months ago I fell down an Abigaille rabbit hole and became obsessed with the anti-heroine’s second-act scena, especially its bold-earworm cabaletta “Salgo già.” I collected many live versions which turned out to vary wildly. Most singers perform just a single verse, nearly all interpolate a final unwritten high C but a few simply omit difficult passages—and don’t expect many trills! Can you spot the version that adds a couple tiny variations to the repeat?

I felt moved to share many of these and so concocted this brief quiz (most versions last just 90 seconds or so). Rather than the wide-open format of most previous vocal-ID quizzes, this edition lists all the correct answers, plus seven sopranos whose “Salgo già” I have but didn’t include. I’ve skipped some of the most obvious candidates like Maria Callas, Souliotis, Maria Guleghina and Ghena Dimitrova. Even if you’re not a “guesser,” I encourage you to give a listen as many of the selections are a lot of fun!

I now ascend the bloodstained seat
of the golden throne.
From that seat I shall be able
to take my revenge.
That the scepter is mine by right
all peoples shall see! Ah!
Royal princesses will come hither
to beg favors of the humble slave!

Answers will arrive in next week’s Trove Thursday.

Nabucco can be downloaded by clicking on the icon of a cloud with an arrow pointing downward on the audio player above and the resulting mp3 file will appear in your download directory.

In addition, well over 500 other podcast tracks are always available from Apple Podcasts for free, or via any RSS reader.

The archive which lists all Trove Thursday offerings in alphabetical order by composer will soon be updated.