Get ready for the judgment day

In anticipation of the Met’s reopening performance on September 11, another serving of pandemic-hoarding arrives on Trove Thursday with 10 rare live performances of the Verdi Requiem’s concluding “Libera me.” 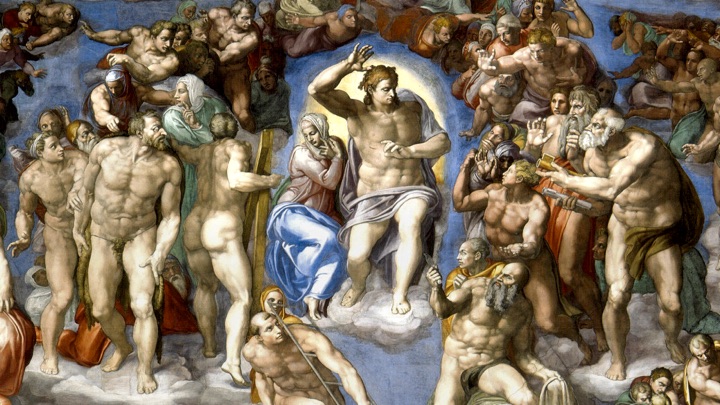 Like May’s Vierzig Letzte Lieder, today’s anthology results from months of live opera deprivation which in turn encouraged my obsession for collecting and comparing different versions of works that fascinate me.

As I’ve mentioned here before, though Verdi is one of my essential composers, his Messa da Requiem has never been a great favorite of mine. However, the remarkable “Libera me,” its final section for soprano and chorus, remains the portion I listen to most. In just fourteen minutes, Verdi demands everything of his soprano, not the least that terrifying ppp high B-flat!

As with the Strauss VLL collection, my self-imposed restriction was to feature only sopranos who had not recorded the work. In addition—with much due diligence—I also brought together only performers whose “Libera me” is not available on YouTube where live audio and video performances of the Requiem abound.

One instance where I cheated a bit is the inclusion of Benackova, whom I’ve frequently featured on Trove Thursday. While she did not record the Verdi Requiem, she was part of the extraordinary exhumation in the 1980s of the Messa per Rossini, an omnibus work by 13 Italian composers conceived to mark the one-year anniversary of Rossini’s death. Other than Verdi, who conceived the project, the other twelve are now obscurities. The work’s proposed 1869 premiere fell part, but was rediscovered and had a brief heyday in the mid-to-late 80s.

After the death of Manzoni several years later, on his own Verdi composed his requiem for the writer placing a revision of the Messa per Rossini “Libera me” at the end. Today’s excerpt by Benackova comes from a broadcast of the complete Verdi work; however, she did record the Messa per Rossini, which I was delighted to hear her perform at Avery Fisher Hall with the New York Philharmonic in the fall of 1989, several years before her much-belated Met debut.

Verdi’s Messa da Requiem is so frequently done that it seems every soprano who can sing it (as well as a few who can’t) has performed it at some point in her career. I’ll be interested to read responses to, say, Voigt or Mattila, for example, neither of whom I had expected to encounter when I set out on my “Libera me” quest. The Wagnerian Ligendza was another surprise thanks to a recent rebroadcast by Bavarian Radio which had hosted the original performance.

My own live “Libera me” sopranos have included Teresa Zylis-Gara, Susan Dunn, Maria Dragoni, Fiorenza Cedolins, Angela Meade, Krassimira Stoyanova and Zarina Abaeva, who was glorious when I heard her under Teodor Currentzis at the Shed two years ago.

Following the soprano-feast I’m also including a Requiem excerpt by Bernheim, the tenor whose debut CD Niel Rishoi wrote about here so vividly earlier this month.

Tickets for “Verdi’s Requiem: The Met Remembers 9/11” (all at $25) go on sale tomorrow at noon. The concert, featuring Ailyn Pérez, Elina Garanca (we’ll see), Matthew Polenzani and Eric Owens will also be telecast live on PBS.

It will be the 54th time that the company has performed the work since 1901 but just the 42nd at either the Old House or at Lincoln Center. The Met has taken the Requiem on tour several times: in 1981 on its annual US tour and twice to Japan, in addition to performances at the Lewisohn Stadium and Carnegie Hall.

Previous Met performances have also been given as memorials: in 1964 for President John F. Kennedy; for Francis Robinson in 1982 and in 2008 for Luciano Pavarotti.

Many thanks to the several friends (especially DC and KF) who assisted in the curation of this collection! Needless to say, be forewarned that the sound quality of these recordings from a span of over 50 years varies greatly.

You can hear two more versions of the “Libera me”—by Teresa Stratas and Renata Scotto—on a previous Trove Thursday.

In addition, more than 400 other podcast tracks are always available from Apple Podcasts for free, or via any RSS reader. The archive which lists all Trove Thursday offerings in alphabetical order by composer will be completely updated soon.