Last month in the New York Times Joshua Barone surveyed recent European streams of German works by Kurt Weill and pondered their relationship to his later Broadway successes; his piece prompted Trove Thursday to feature two versions of One Touch of Venus. 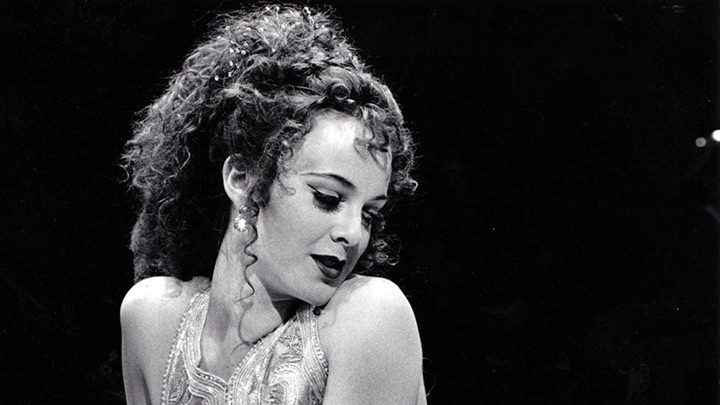 Many will know Venus for the songs “I’m a Stranger Here Myself” and “Speak Low” and as one of Mary Martin’s biggest pre-Rodgers and Hammerstein hits. Experiencing the show now, it’s difficult to imagine that a 42-year-old Marlene Dietrich refused the title role due to the show’s “too sexy and profane” nature!

Venus which opened on Broadway in October 1943 and ran for more than a year certainly had a deluxe pedigree. Ogden Nash wrote the lyrics and collaborated with SJ Perelman on the book while the show was directed by Elia Kazan and choreographed by Agnes DeMille, just six months after her spectacular Oklahoma success.

As is often the case, Hollywood made Venus into a film in 1948 and bungled it while omitting much of the music. Ava Gardner was cast in the title part presumably because she definitely had the physique du role!

One wonders why today’s pair of Venus revivals suddenly arrived in the mid-1990s, more than 50 years after the premiere. The BBC performance preserves one of McGlinn’s treasurable Broadway resurrections which lamentably ceased when the conductor died in 2009 at just 55. O’Hara, his Venus, also appears as Ellie in his essential EMI recording of Show Boat with Frederica von Stade, Jerry Hadley, Teresa Stratas and Bruce Hubbard.

Cinephiles should seek out Christian Petzold’s stunning Phoenix in which the seductive “Speak Low” plays a crucial role.

The film features the always-riveting Nina Hoss and yummy Ronald Zehrfeld as the charismatic Johnny, a name bound to evoke further Weill echoes.

The European Weill-fever Barone discusses seems to have crossed the Atlantic. The Atlanta Opera is currently in the midst of outdoor performances of The Threepenny Opera with Jay Hunter Morris as Macheath. It’s alternating with Threepenny Carmen (!).

The endlessly fabulous @MezzoGraham returns to the DCP for a very special #LAOperaOnNow “Signature Recital” dedicated to Kurt Weill.

Accompanied by @operavocalcoach, this superb performance will be available starting Fri., April 23. Get your tickets: https://t.co/6Mb9xzPdDj pic.twitter.com/o7R4KxIZfq

Weill: One Touch of Venus

Weill: One Touch of Venus—exc.

Both versions of One Touch of Venus can be downloaded by clicking on the icon of a square with an arrow pointing downward on the audio player above and the resulting mp3 files will appear in your download directory.

Errico, who finally released a studio recording of Venus many years after Encore!, can also be heard on Trove Thursday as Dot in Sondheim’s Sunday in the Park with George with Raul Esparza.

The archive which lists all Trove Thursday offerings in alphabetical order by composer has been up-to-dated. 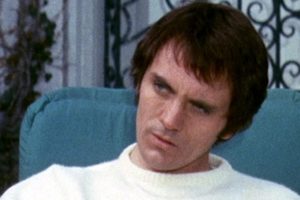 It’s either for fun or it’s for money