Teresa Zylis-Gara died in late August at 91 and Trove Thursday offers the Polish soprano in a wide-ranging collection of live material showcasing her great versatility. 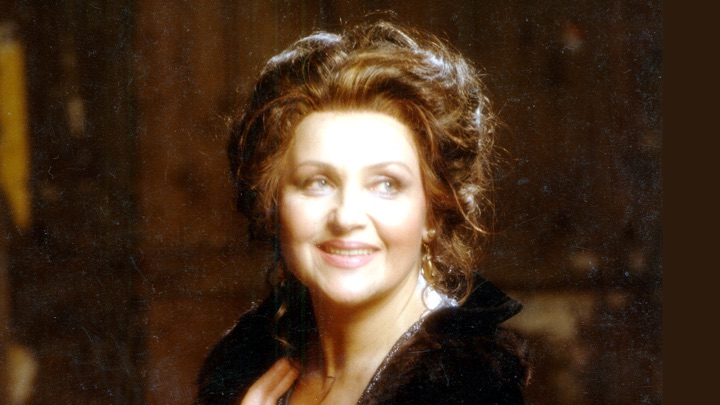 We will hear a 1971 RAI broadcast of Tchaikovsky’s Pikovaya Dama (or, in this case, La Dama di Picche); Tippett’s A Child of Our Time conducted by Colin Davis; and highlights of her Pamina, Countess Almaviva and Elsa.

Although I probably first heard Zylis-Gara on one of her early Mozart Met broadcasts, my most vivid initial awareness of her derived from two recordings on the Archiv label of rare 17th century works: Cavalieri’s La Rappresentatione di Anima e di Corpo and Stradella’s Cantata per il Santissimo Natale. During the 1960s, she also recorded several important Bach works, as well as Handel’s Dixit Dominus.

Zylis-Gara was already 35 when she broke through into international opera prominence beginning with Octavian at the 1965 Glyndebourne Festival opposite Montserrat Caballé. Two years later she starred in a new production there of Don Giovanni, and Donna Elvira would become her signature role for the next decade. It served for her debut at the Salzburg Festival, the San Francisco Opera and the Met, all in 1968! This rich period also saw the release of what may be her most memorable studio recording as the Komponist in the Rudolf Kempe Ariadne auf Naxos.

The Met would be her primary company for the next decade-and-a-half with whom she’d perform over 230 times, including 20 Saturday broadcasts. Donna Elvira remained her most-often performed role, and while one might not necessarily think of Zylis-Gara as a Puccini singer, she sang 90 performances of six of his doomed heroines—Mimi, Cio-Cio-San, Liù, Angelica, Tosca, and Manon Lescaut—with the company.

Her only new production came early—the 1972 Franco Zeffirelli Otello with James McCracken and Sherrill Milnes conducted by Karl Böhm. The day after that premiere run ended, she unexpectedly found herself on the Met stage again for what remains—50 years later–one of her most memorable appearances.
For the gala marking the end of Rudolf Bing’s tenure at Met General Manager, Zylis-Gara replacing Renata Tebaldi, performed the Otello love duet with Franco Corelli. Its inclusion in the gala’s television highlights provides us with a special souvenir of the soprano at her peak. For many, Corelli may be the main attraction, but the soprano’s ravishing Desdemona gives ample indication as to why she became a beloved artist at the Met.

I only got to hear Zylis-Gara in person in concert: twice at the 1980 Cincinnati May Festival. First, she performed under James Conlon in the Dvorak Requiem (a work she recorded with Armin Jordan). A week later, the soprano joined Marilyn Horne, Neil Shicoff and John Cheek for Verdi’s Requiem. That evening was the first time I heard James Levine conduct; 37 years later it would prove to be the last work I’d hear him lead.

Zylis-Gara’s opera appearances with other US companies were surprisingly few: After her US debut there as Donna Elvira, she’d only return to the San Francisco Opera fourteen years later for Tchaikovsky’s Lisa.

Her sole engagement with the Chicago Lyric was in 1973 as Massenet’s Manon with Alfredo Kraus. He’d return to Chicago a decade later as Des Grieux to another unexpected Massenet Manon, Renata Scotto. Zylis-Gara also performed Adriana Lecouvreur in both Miami and New Orleans; it was a role the Met only cast her in on tour, never at Lincoln Center.

There are many audio clips of Zylis-Gara on YouTube so I’m posting today only pieces otherwise unavailable. Besides the Bing Gala Otello duet, I could only locate one film of the soprano in performance: a pirate video of her Andrea Chenier Maddalena from Marseille in 1991 when she was 61 and near the end of her stage career.

Norman Bailey, Zylis-Gara’s colleague in the Tippett work, also died in 2011. Be warned that the sound quality of several of these audio clips isn’t the best.

Tippett: A Child of Our Time

Other examples of Zylis-Gara’s art on Trove Thursday include the final scene from Donizetti’s Anna Bolena (in German); Mathilde in a complete Guglielmo Tell plus a special favorite of mine, the Benvenuto Cellini duet with Franco Boniisolli, who is also her Arnoldo in the Rossini; and Szymanowski’s gorgeous Stabat Mater.

Today’s Zylis-Gara material can be downloaded by clicking on the icon of a square with an arrow pointing downward on the audio player above and the resulting mp3 files will appear in your download directory.

In addition, more than 400 other podcast tracks are always available from Apple Podcasts for free, or via any RSS reader. The archive which lists all Trove Thursday offerings in alphabetical order by composer was up-to-dated late last year.