The last time I saw Paris 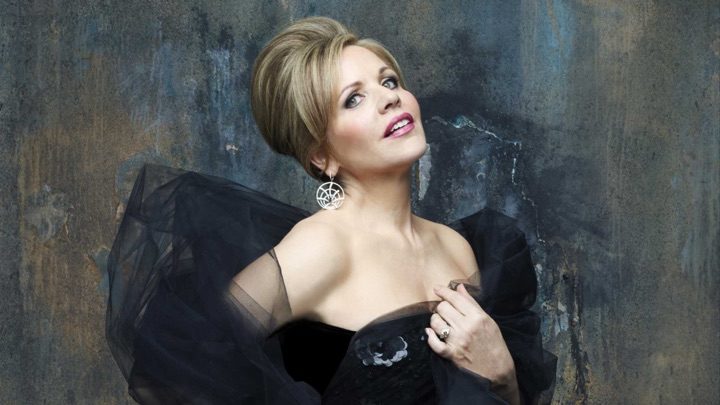 Following Tosca by several weeks, Louise was one of the first operas to be premiered in the 20th century when it was first seen at the Salle Favart on 2 February 1900. Although the title role that night was sung by Marthe Rioton, just two months later Mary Garden made her Opéra-Comique debut just two months later replacing her ailing colleague and Louise immediately became a signature role for the young Scottish soprano.

Garden brought the opera to America for Oscar Hammerstein’s Manhattan Opera Company in 1908. Ironically Louise didn’t arrive at the Met until six years after its sequel Julien premiered there with Geraldine Farrar and Enrico Caruso as the lovers. It wasn’t a success but Farrar would then sing Louise in Louise there—with the less starry American tenor Orville Harrold as Julien—14 times between 1920 and 1922.

Except for a brief interval for Lucrezia Bori’s Met performances in 1930, it would seem that Charpentier’s heroine has only been sung in New York since the 1920s by American sopranos. Grace Moore not only made a specialty of it at the Met but also appeared opposite Georges Thill in a 1938 movie directed by the celebrated French filmmaker Abel Gance, best known for his silent saga Napoléon.

Next, Moore’s protégé Dorothy Kirsten proved to be the Met’s last (to date) Louise as the work has been absent from the house since 1949.

New York City Opera took up Charpentier’s masterpiece in the 1960s and 70s mounting Louise in 1962 with Arlene Saunders, John Alexander and Norman Treigle. The company would revive it nearly a decade later for Carol Neblett, whose Julien was the notable French tenor Georges Liccioni who can be heard in the title role on a Trove Thursday edition of Don Carlos.

Beverly Sills, who recorded the role for EMI took on Louise for City Opera in 1977, and Johanna Meier as well performed the title role there.

Anglophone sopranos and tenors continue to regularly encounter Louise as Erato’s recording features Felicity Lott loved by Jerome Pruett while parented by Rita Gorr and Ernest Blanc. Geneva mounted the opera in the early 1990s pairing Mary Mills and Gregory Kunde, while Paul Groves was Mireille Delunsch’s Julien in the most recent revival at the Paris Opéra where it has failed to live up to its spectacular early success: Louise achieved nearly 1000 performances at the Comique alone in its first half-century.

Two decades years before Fleming ventured to Montmartre, San Francisco presented Louise with Saunders, who died of COVID-19 last month at age 89. A mediocre-sounding pirate exists of one of those performances in which Saunders was again loved by Alexander but this time her father was Nicola Rossi-Lemeni! I’m including her “Depuis le jour” as a bonus tribute today.

Here’s hoping today’s Louise will delight a friend who has recently had a challenging few weeks.

Louise and Saunders’s “Depuis le jour” can be downloaded by clicking on the icon of a square with an arrow pointing downward on the audio player above and the resulting mp3 files will appear in your download directory.

Fleming-flappers should be reminded that they can still find on Trove Thursday performances of the prima donna in Mozart’s La Finta Gardiniera, Rossini’s Armida, La Dame Blanche (a rarity by Boieldieu), and extensive excerpts of her Ilia in Mozart’s Idomeneo.

Saunders’s Anne Truelove in The Rake’s Progress in a performance by the Hamburg State Opera at its 1967 visit to the Met can be listened to here.

Those inspired by the Met’s recent stream of its 1977 La Bohème might want to check out Renata Scotto in Spontini’s La Vestale or her great Adriana Lecouvreur or her participation in a stellar quartet under Carlo Maria Giulini in the Verdi Requiem and even as a boy in Catalani’s La Wally when she was just 19!

A very different diva, Lucia Popp, has so far been featured on Trove Thursday four times: as Arabella, the other Strauss’s Rosalinde in Die Fledermaus, Oscar in Un Ballo in Maschera and Despina in Così fan tutte.

In addition, nearly 300 other podcast tracks are always available from Apple Podcasts and iTunes for free, or via any RSS reader. The archive listing every “Trove Thursday” offering since September 2015 in alphabetical order by composer was updated recently.