Later this month Asmik Grigorian will star in Covent Garden’s new Jenufa, which Trove Thursday anticipates presenting the acclaimed Lithuanian soprano in a broadcast from 2014 of Tchaikovsky’s rare opera The Enchantress (Charodeyka). 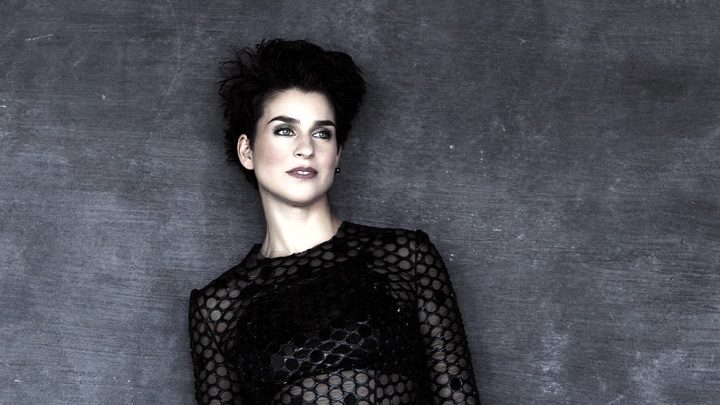 The Enchantress, ninth of the composer’s 11 operas, premiered in 1887 at the Mariinsky in St. Petersburg. A convoluted four-act 15th century historical epic, it hasn’t had nearly the international impact as the work that followed it, 1890’s Pikovaya Dama.

Grigorian who is rumored to be making her Met debut in 2021-22 as Jenny in Weill’s Aufstieg und Fall der Stadt Mahagonny has been earning raves in recent years with a number of high-profile successes. At the Salzburg Festival she starred both in Romeo Castellucci’s controversial Salome and the premiere of William Kentridge’s Wozzeck (which arrived this season at the Met) opposite Matthias Goerne.

Her wide repertoire also includes Madama Butterfly, Manon Lescaut and Fedora, and in 2010 at her then-home theater in Riga she performed the tour-de-force feat of doing all three heroines of Puccini’s Il Trittico.

Grigorian is the daughter of famed Armenian tenor Gegam Grigorian who died in 2016 at age 65. His brief Met career included Gherman in Leonie Rysanek’s farewell Pikovaya Dama in 1996 and six years later Pierre in the house premiere of Prokofiev’s War and Peace which saw the debuts of Anna Netrebko, Ekaterina Semenchuk and Evgeny Nikitin.

The London Jenufa produced by Claus Guth will co-star Karita Mattila, Pavel Cernoch and Allan Clayton and be conducted by Vladimir Jurowski. It promises to be one of the year’s highlights.

The Enchantress can be downloaded by clicking on the icon of a square with an arrow pointing downward on the audio player above and the resulting mp3 file will appear in your download directory.

On previous Trove Thursdays, Asmik appears in Rubinstein’s Demon opposite Dmitri Hvorostovsky, and Gegam Grigorian can be heard in another Tchaikovsky offering, Iolanta.

The archive listing all Trove Thursday offerings in alphabetical order by composer has been updated to include all material as of late February 2020.