If I had to live with just one Tchaikovsky opera, it would be Iolanta. 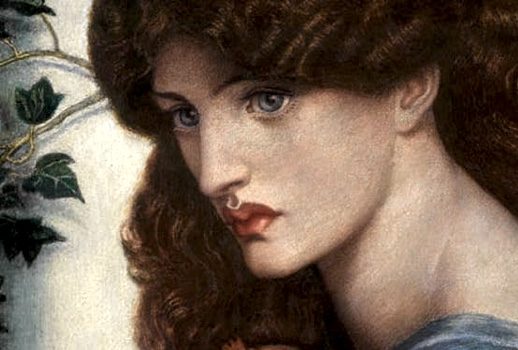 If I had to live with just one Tchaikovsky opera, it would be Iolanta, which returns to the Met a week from tonight, so “Trove Thursday” features it today in a broadcast with Marina Mescheriakova, Gegam Grigorian, Dmitri Hvorostovsky and Sergei Leiferkus plus an added bonus aria from Piotr Beczala.

As an undergrad armed with my shiny used reel-to-reel tape deck I eagerly ordered all sorts of “pirates” of operas I’d barely heard of –as many as I could afford, that is. In my zeal to discover new things, I was (in retrospect) a bad opera student. I would intrepidly absorb obscure works without having a clue what they were about.

Before the internet it perhaps wasn’t so easy to learn the plot of, say, Rossini’s Torvaldo e Dorliska or Cavalli’s Pompeo Magno. Thus, when I first went nuts for Iolanta, I pretty much had no idea what was going on.

All I knew was the work mesmerized me especially the great duet between Iolanta and Vaudemont, sung on my pirate tape by Tamara Milashkina and Zurab Sotkilava. Only years later did I learn that not only were they falling in love (which I had figured out) but he was also slowly realizing that she was blind—a revelation which adds a startling poignancy to their growing ardor.

The first time I heard anything live from the opera was at the gala opening night of an engagement at the Met of the then-Kirov Opera in 1998; that evening was also providentially I first heard Anna Netrebko who sang Ludmila’s aria from Glinka’s opera Ruslan and Ludmila. The Iolanta excerpt of course was that intensely moving duet featuring the lustrous and under-appreciated Marina Shaguch and her less than inspired partner Yuri Masurin.

I was finally able to experience the entire opera later that year at Carnegie Hall again with Valery Gergiev and his Kirov forces and featuring Grigorian and Olga Guryakova. If the latter was less than ideally radiant as the blind heroine, it was an enthralling afternoon but I was shocked that Grigorian omitted Vaudemont’s aria. I later learned that it was not originally included in Tchaikovsky’s score but had been written at the request of the role’s originator, the celebrated tenor Nikolay Figner whose wife Medea Mei-Figner created the title role alongside him.

This 2003 Paris performance featuring Grigorian also omits that aria but it’s a stirring piece so I’ve included a 2006 rendition of it by Beczala who also performed the aria at the opera’s 2015 Met premiere.

If Netrebko was perhaps not at her best form during that Met run of Iolanta, I’m forever grateful to have heard her sing the duet five years earlier at an all-Tchaikovsky concert given by the Mariinsky at the Kennedy Center. While I’ve lost count now of all the Netrebko performances I’ve attended over the past couple of decades, I would choose that slice of Iolanta with Sergei Skorokhodov as the most memorable, the one that I treasure above all.

I had originally planned to share another Iolanta today; it turned out to be incomplete but it featured a wonderful performance of the title role by the nearly forgotten Latvian soprano Inessa Galante. She appeared rarely if ever in the US and my biggest memory of her was that it seemed that the Tower Records Annex store on Lafayette always had stacks of her solo CDs. I never bought any but I did about 20 years ago purchase a disk on which she is prominently featured produced by the Royal Opera, Covent Garden called “The Tchaikovsky Experience.”

Neeme Järvi conducts the opera house’s orchestra in a very full program of excerpts from most of Tchaikovsky’s operas; Shaguch and Leiferkus also appear on it. The Galante selections are especially memorable and include Tatyana’s Letter Scene, Joan of Arc’s aria and a brief bit from The Oprichnik. But the highlight of course is the Iolanta duet where she is alas partnered by a pretty awful tenor. The CD is long out of print but cheap used copies might be worth hunting out.

As Iolanta is a shortish one-act opera, it had another brand-new companion work at the 1892 world premiere: The Nutcracker. They’re a pairing rarely repeated until recently at the Paris Opèra where a production by Dmitri Tcherniakov starred the Met’s incoming Iolanta, Sonya Yoncheva.

Both Iolanta and Beczala’s aria can be downloaded by clicking on the icon of a square with an arrow pointing downward on the audio player and the resulting mp3 files will appear in your download directory.