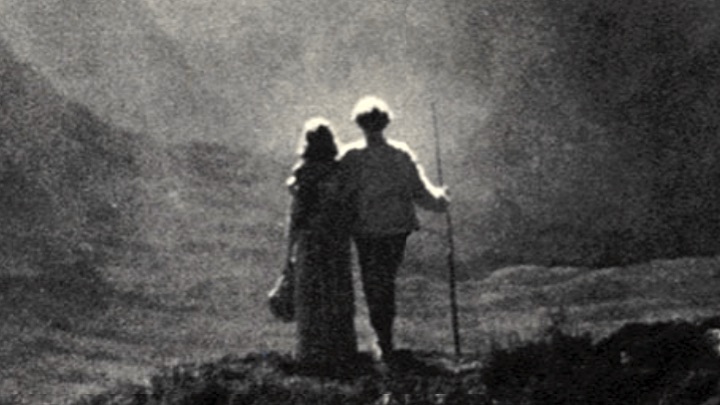 Tiefland was one of the four operas of AOS’s penultimate season which opened with Elena Souliotis in Nabucco and included Montserrat Caballé’s only performance anywhere of Bellini’s La Straniera.

had no idea until the other day that its composer, Eugen d’Albert, was Scottish! I had heard Tiefland and knew of other d’Albert titles, and I had always assumed he was from the European continent. Of his over 20 operas only Tiefland seems to be occasionally revived, as recently as 2018 by the Sarasota Opera with recent Met debutant Aleksey Bodganov as Sebastiano. The work, often labeled a rare example of German verismo, lasted just six performances during the 1908 season with Emmy Destinn as Marta.

More often than not, AOS concerts featured singers who had already made big splashes in Europe. but neither Gulin (then 30) nor Buzea (34) were particularly well known by the time they made their US debuts at Carnegie Hall in Tiefland. Nor would either sing much, if any, German opera in their subsequent careers.

Buzea clearly attracted the attention of the Met after this concert as he made his company debut as Rodolfo less than a year later. Perhaps he was needed as the 69-70 season there was thrown into chaos by a months-long strike. In a career not untypical of the Bing years, Buzea sang just twelve performances of seven roles (from Alfredo to Alvaro) opposite eight different sopranos at the house,

in addition to three Rigoletto Dukes on tour. But after less than two years, he’d disappear as the company didn’t seem to need the handsome Romanian when it still had Tucker, Corelli, Bergonzi, etc. at the time. Buzea is still with us at age 87.

Gulin stayed after Tiefland to perform in AOS’s next presentation; as Valentine in Les Huguenots, best remembered for Beverly Sills’s only Marguerite de Valois. Neither of Gulin’s appearances seemed to elicit offers from the Met or other US companies, so the Spanish soprano returned to Europe where for the next decade she’d sing increasingly heavy repertoire. She specialized in Verdi (lots of Abigailles, etc.) but also sang La Gioconda, Turandot, and Maddalena in Andrea Chenier.

Gulin would eventually perform at the Met in a single performance of I Vespri Siciliani (she was Renata Scotto’s cover) which didn’t go well. Her career soon wound down and she died in 2002 at age 63. Her daughter, soprano Angeles Blancas Gulin, appropriately made her NYC debut with AOS’s successor Opera Orchestra of New York, in Donizetti’s Marino Faliero in 2002.

To supplement Tiefland I’m including two duets from Gulin’s AOS Huguenots (including one with Tony Poncet, another very rare NYC visitor) as well as a pair of Buzea duets with Pilar Lorengar (one diva he didn’t sing with at the Met) from a Munich concert the year after his NYC d’Albert debut.

This will be the final AOS posting for 2021; there may be more in the future. I’ll conclude this year’s Trove Thursday salute to NYC’s concert opera organizations with one more OONY offering later this month.

Tiefland plus the two duet collections can be downloaded by clicking on the icon of a square with an arrow pointing downward on the audio player above and the resulting mp3 files will appear in your download directory.

The archive which lists all Trove Thursday offerings in alphabetical order by composer was up-to-dated recently.