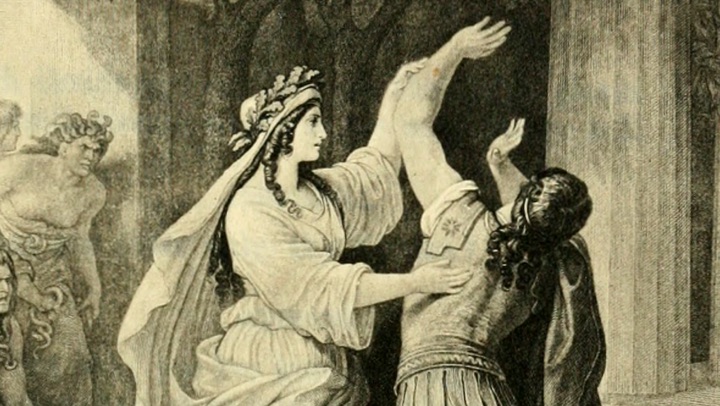 The principal casualty of the Met’s reopening has been the cancellation of Stephen Wadsworth’s production of Iphigénie which was to have been conducted by Nathalie Stutzmann in her company debut with Kate Lindsey in the title role.

On the other hand, next Tuesday the Paris Opéra will be presenting Gluck’s opera postponed from last season albeit with an Iphigénie and Oreste it had to fly in after rehearsals had begun. The Paris production was originally rumored to star Joyce DiDonato who wisely I beliveve thought better of taking on the role; I suspect she was also the original impetus behind the Met’s planned revival.

On occasion I’ve posted two versions of Trove Thursday’s opera of the week but this is the first time I’ve included three as I couldn’t resist offering Gorr and Brouwenstijn and Jurinac. A performance I wished had been recorded by some enterprising pirate is the American Opera Society’s 1962 Iphigénie at Carnegie Hall with Marilyn Horne (substituting for Gorr), Léopold Simoneau and Gabriel Bacquier in his US debut.

Robert Massard, who last month turned 96, was clearly the go-to Oreste of the 60s and 70s as he’s brother to both Gorr and Jurinac as well as to Régine Crespin in her Teatro Colon Iphigénie which has been issued on a cheap 2-CD set.

Unlike the two Massard versions, the Dutch Iphigenie presents the edition Gluck prepared for Vienna (in German) two years after the Paris premiere and uses a tenor instead of a baritone for Orestes. The Met utilized this version (translated back into French) for the Wadsworth production with Susan Graham presumably to accommodate Placido Domingo’s awkward assumption of the role.

Twenty-first century listeners may find the conducting of the Gorr and Brouwenstijn broadcasts a bit old-fashioned—slow and stodgy at times. However, Jurinac, who had earlier performed her role in German for Bavarian Radio opposite Fritz Wunderlich and Hermann Prey, benefits from the more dynamic leadership of period-performance advocate Gardiner, who was just 30 years old at the time.

I’m particularly fond of the lesser-known Iphigénie en Aulide, Gluck’s prequel to Iphigénie en Tauride, which can be found on a Trove Thursday installment from earlier this year.

When La Cieca asked me to curate Trove Thursday I had no inkling that the series would still be running on parterre box six years later. Since its Berlioz beginning, hundreds of operas, oratorios, song cycles and other vocal works have been posted here. I’ve amassed a stockpile of live recordings earmarked for TT that now could keep this weekly feature going for a couple more years, but for the moment I’ll just say that it will continue for the near future. Installment #300 arrives next month!

The archive that lists all Trove Thursday offerings in alphabetical order by composer has just been completely updated.

In addition, more than 400 other podcast tracks are always available from Apple Podcasts for free or via any RSS reader.