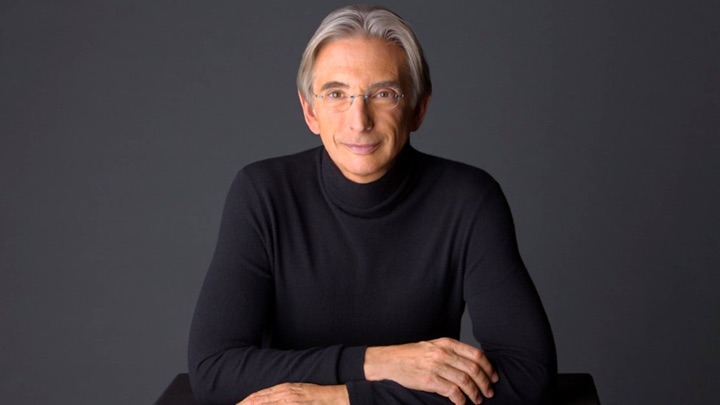 It may seem odd to feature Tilson Thomas on parterre box as he’s shown so little interest in opera throughout his career. Yes, there’s a 1988 studio recording of Tosca with Eva Marton and José Carreras and he presented concert performances of Der Fliegende Holländer, Bluebeard’s Castle and Fidelio during his recently concluded long tenure with the San Francisco Symphony.

MTT was also to repeat Holländer in late spring 2020 as part of his grand farewell to the SFS but that was of course canceled. However, I couldn’t locate any indication on his extensive personal website that he’s ever led a staged opera!

In addition to the Wagner, Bartok and Beethoven works already mentioned, there was also a concert La Bohème—yet another very familiar piece—in 1992 with the London Symphony Orchestra. Thus, his championing Mlada, an opera virtually unknown outside of Russia, becomes all the more intriguing. In addition to today’s LSO performance, he also brought the Rimsky to San Francisco three years later starring Ljuba Kazarnovskaya and Asmik’s late dad Gegam Grigorian.

Nearly 30 years after the LSO Mlada Tilson Thomas did return to Russian opera for semi-staged performances of the original 1869 version of Mussorgsky’s Boris Godunov with the SFS.

One arresting aspect of those 1992 performances was the casting of the late Brian Asawa as Lumir, a role previously taken by female mezzo sopranos. I wonder if this was one of the first instances of a countertenor appearing in 19th century Russian opera, a practice that has become increasingly common in roles like Fyodor in Boris, Ratmir in Glinka’s Ruslan and Ludmila and the Angel in Rubinstein’s Demon.

Like La Muette de Portici over sixty years earlier, the title character of Mlada does not sing or speak. But unlike Auber’s silent heroine, Rimsky’s Mlada is a ghost—of the woman murdered by the lead soprano Voislava before the action begins. In the stirring production of Mlada by the Bolshoi Opera I saw at the Met 30 years her role was taken by the prima ballerina Nina Ananiashvili. Her exquisite portrayal handily stole the evening from her hard-working compatriot Kasrashvili who was again the Voislava.

One note about today’s London performance: Palmer was a late replacement for Dolora Zajick, the originally announced Morena.

Other operas by Rimsky-Korsakov available on Trove Thursday:

In addition, more than 700 hours of podcast tracks are always available from Apple Podcasts for free, or via any RSS reader.