“Trove Thursday” escapes to an exotic place with Rimsky-Korsakov’s Sadko. 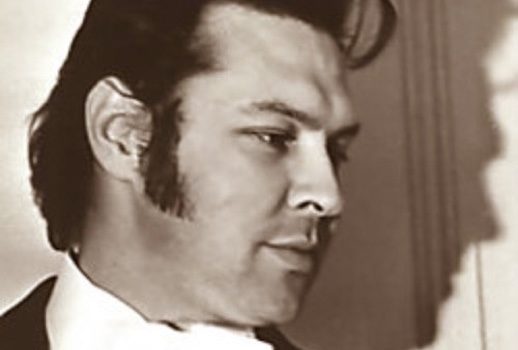 Productions of Rimsky’s operas are relatively rare outside the former Soviet Union but a friend caught a recent Sadko in Ghent. Although he reported the production was of the most annoying and capricious regie sort, he was entranced by the music. The opera is very episodic and its seven scenes spin a mythic tale based on the real 12th century bard Sadko, a Russian Orpheus figure who travels to charm the Sea King with his songs.

Rimsky’s operas in the US lately have included an occasional one-act Mozart and Salieri and last summer’s Tsar’s Bride at Bard. The Dallas Opera will be doing Le Coq d’Or in October in a production by Paul Curran first seen in Santa Fe in 2017.

In the first half of the 20th century, however, the situation in the US was seemingly rather different. The Met performed three Rimsky operas and each of the trio premiered in French! The first was Coq d’Or which racked up the most performances—nearly 70—and which was eventually sung in English in the 1940s with Patrice Munsel when it was given at last on its own.

Previously Coq had been presented as a ballet (probably with the singers in the pit) as part of a double-bill married it up with works like Cavalleria Rusticana (its first pairing when it arrived at the Met in 1918 conducted by  ), Pagliacci, L’Oracolo or The Dance in Place Congo (?!).

The Snow Maiden with Lucrezia Bori and conducted by Artur Bodansky came five years later and stayed for just eleven performances while Sadko starring future Met general manager Edward Johnson in the title role and with Tullio Serafin on the podium proved slightly more popular—20 showings in all.

Of course, Rimsky’s most successful venture at the Met was his realization of Mussorgsky’s Boris Godunov which served in 1913 for the work’s US premiere and was then used continuously for more than 150 performances (although never in Russian) until the Shostakovich version took over in 1960.

Recently there were rumors that the Met might mount Dmitri Tcherniakov’s The Invisible City of Kitezh production but those seem to have evaporated. Earlier this year, Tcherniakov produced for Brussels’s La Monnaie The Tale of Tsar Saltan which by all reports was a resounding success.

To date, Sadko is the only opera by Rimsky-Korsakov to be mocked by Joel and the bots on Mystery Science Theater 3000.

With both Milashkina and Sotkilava in today’s Sadko cast, I fondly recalled they were an essential part of my introduction to another great Russian opera, Iolanta. When I was an opera-curious undergrad, I bought a pirate recording of the Tchaikovsky one-acter which also featured Atlantov during his brief time as a baritone in the role of Robert and it quickly became my favorite Tchaikovsky opera.

Although imperfect, that 1977 performance remains special so I include here the opera’s intensely moving love duet with Milashkina (who was married to Atlantov) and Sotkilava.

Many thanks to a former parterre box scribe who wrested the recording of Sadko for me from a potentially problematic Russian website. At least one more Rimsky opera will  appear on a future “Trove Thursday.”

Each of these selections can be downloaded by clicking on the icon of a square with an arrow pointing downward on the audio player above and the resulting mp3 file will appear in your download directory.

Sadko joins two previous Rimsky works on “Trove Thursday”: The Tsar’s Bride and May Night. Milashkina, Atlantov and Mazurok can also be heard in a Bolshoi-at-the-Met Eugene Onegin.

In addition, more than 250 other podcast tracks are always available from iTunes for free, or via any RSS reader.