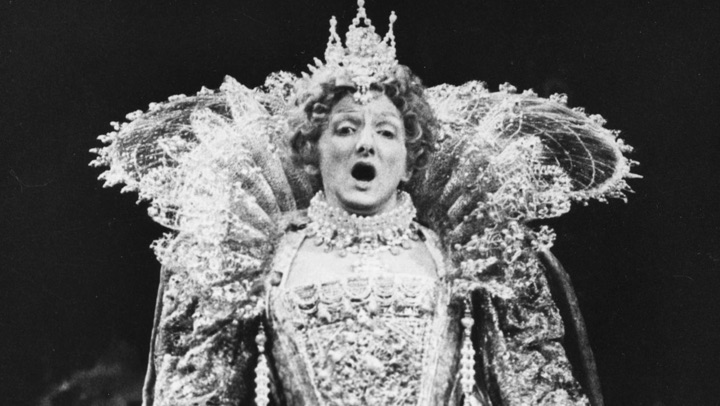 Those who shun live recordings miss out on many interesting and important singers. Everyone knows about the so-called “pirate queens” Magda Olivero and Leyla Gencer, but Tinsley is among the less well-known artists whose numerous broadcasts and in-house recordings form the basis for a lasting legacy otherwise denied to them.

Her enthusiastically received Elettra on the landmark Colin Davis recording of Mozart’s Idomeneo with George Shirley and Margherita Rinaldi oddly had no follow up. It had actually been preceded a few years earlier by Tinsley as the Aufseherin on Decca’s studio Elektra under Georg Solti starring Birgit Nilsson. One wonders if anyone during those sessions imagined that Tinsley would become more than a decade later one of the world’s leading exponents of Strauss’s vengeful heroine.

It’s hard to imagine a more eclectic career than hers: Tinsley loved to recall, for example, the week she alternated Sinaida in Rossini’s Mosè with Verdi’s Lady Macbeth. She also performed Il Trovatore in Hamburg one Thursday, then flew to London for Beethoven’s Leonore on Sunday.

Her ability to sing well some of opera’s most challenging roles make her much sought-after but not by many of the world’s leading opera houses. Her very few appearances at London’s Royal Opera (none in her most celebrated parts) have long been denounced as scandalous by her many British fans.

She was a frequent visitor to the US but never sang with the Met, San Francisco Opera or Chicago Lyric. Her US stage debut was as Anna Bolena in Santa Fe where she later returned as Senta!

Companies in Houston, San Diego and Philadelphia presented Tinsley as Kostelnicka, Ortrud and Lady Macbeth. La Cieca herself attended her performances of the latter pair in New Orleans! She was the Walküre Brünnhilde to James Morris’s first-ever Wotan at the Baltimore Opera in 1984.

Her New York career was similarly varied. Her local debut was in Mendelssohn’s Elijah conducted by Lukas Foss at Philharmonic Hall in 1970. Two years later she debuted as Elisabetta (a role she also sang with Janet Baker at the English National Opera) in the City Opera premiere of Donizetti’s Maria Stuarda opposite Beverly Sills. Though she would do the role nine more times over the next year, Tinsley later reported that plans for her to repeat Anna Bolena and take on Roberto Devereux were squashed by Sills who was reportedly jealous of her colleague’s success.

In a March 1982 OPERA magazine profile Tinsley claims to have performed both Turandot and Il Trovatore in New York but I cannot confirm either. She did perform in Haydn’s rare La Vera Costanza at the 1980 Caramoor Festival, the same year of her Elektra excerpted here!

Last year Trove Thursday posted one of her City Opera Stuarda performances with Sills: the Opening Night of the fall 1972 season.

I had plans to feature a Tinsley opera on Trove Thursday for a long while, but her passing on Tuesday prompted me to quickly assemble this varied tribute. She performed many works in English translation and often did them also in their original language. Selections in English posted today are notated with an “E.”

These three Tinsley collections can be downloaded by clicking on the icon of a square with an arrow pointing downward on the audio player above and the resulting mp3 files will appear in your download directory. Needless to say, the sound quality of these tracks varies considerably.