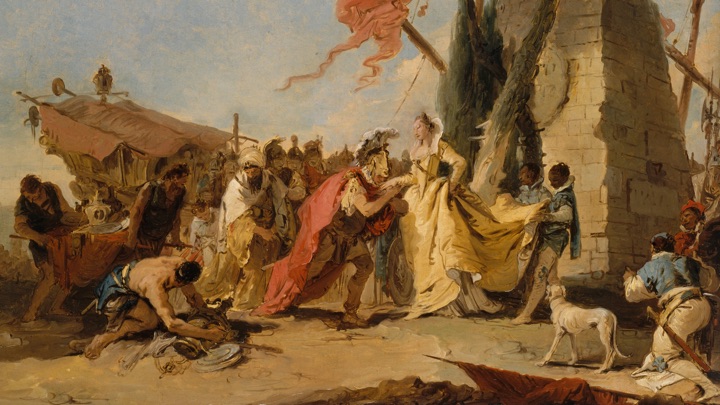 The first piece “DeCaffarrelli” wrote for parterre box, a review of a CD reissue of Johann Adolph Hasse’s Cleofide, appeared on 2 May 2011, so Trove Thursday rightly celebrates my tin (!) anniversary with two Hasse works: the all-male oratorio I Pellegrini al Sepolcro di Nostro Signore conducted by Riccardo Muti and featuring Franco Fagioli and Luca Pisaroni, plus the popular serenata Marc’Antonio e Cleopatra with the gender-bending pair of Valer Sabadus and Delphine Galou.

Hasse was one of the most popular composers of his era whose long itinerant career—lasting from 1721 to 1771—took him initially to Naples followed by an enormously successful stint in Dresden. He eventually decamped to Vienna from which he’d return occasionally to Italy where he died in Venice at age 84. He was married to Faustina Bordoni, the celebrated (mezzo) soprano perhaps most famous for her fierce rivalry with Francesca Cuzzoni: their notorious onstage spat was parodied by John Gay in The Beggar’s Opera.

Hasse set many works by Pietro Metastasio, the reigning librettist of the day; their L’Olimpiade was featured on Trove Thursday four years ago.

Even with the marked increased interest in baroque opera, Hasse’s works aren’t performed all that often today. Rather than the long, demanding opera seria, his most revived work in recent decades has been the two-hander Marc’Antonio e Cleopatra which lasts under 90 minutes.

At the premiere in 1725, the first cast included the young castrato sensation Farinelli as Cleopatra and contralto diva Vittoria Tesi as Antonio! The modern performances and recordings of Marc’Antonio that I’ve run across have all featured a pair of cis-women but today’s broadcast is the first I’ve heard that attempts to replicate the original gender-casting with Romanian high countertenor Sabadus taking on the Egyptian queen.

Beyond the numerous Mozart and Gluck works that Muti has conducted throughout his career, one might otherwise not peg him for an 18th century enthusiast. But he has occasionally explored rare early works beginning with a Domenicos Scarlatti & Cimarosa double-bill for the RAI in the late 1960s. In 1970 came a rare Muti-Handel encounter when he led Jessye Norman at the Maggio Musicale Fiorentino in Deborah. A complete broadcast may exist somewhere but only highlights have showed up years ago on an Italian CD.

His most intensive focus on the 18th century occurred during his leadership from 2007 to 2011 of the Salzburg Whitsun Festival. In addition to today’s Hasse oratorio (in which three women sing male roles), Muti also led stagings of Paisiello’s Il Matrimonio Inaspettato and Cimarosa’s Il Ritorno di Don Calandrino. In addition, he brought a Salzburg production of Jommelli’s Demofoonte to the Palais Garnier in Paris.

La Cieca tells me that this 276th edition of Trove Thursday is my 524rd parterre piece! Some rough calculations suggest that over the past decade I’ve unleashed upwards of half a million words on topics operatic on this site! Sacrebleu!

Both Hasse works can be downloaded by clicking on the icon of a square with an arrow pointing downward on the audio player above and the resulting mp3 files will appear in your download directory. 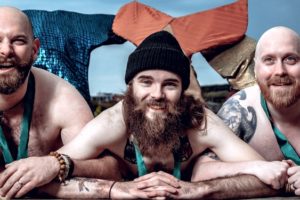