The worldwide “Beethoven 250” celebration hasn’t exactly come off as planned, so Trove Thursday steps up to offer the composer’s rarely-heard oratorio Christus am Ölberge with Jonas Kaufmann typecast in the title role, revered by Luba Orgonásova and Hanno Müller-Brachmann, plus a fleet HIP broadcast of the Choral Fantasy from earlier this year. 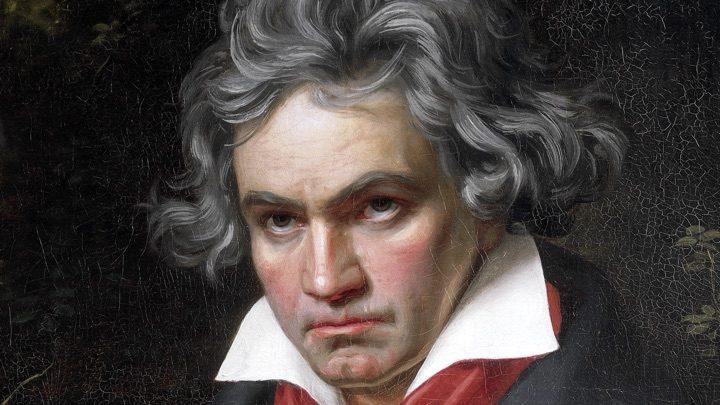 Back in early March the last live music I heard was Beethoven: the Orchestra of St. Luke’s and La Chappelle Québec performed some choral pieces that weren’t the Missa Solemnis or the Ninth Symphony.

Despite its enduring popularity, I’ve never been the biggest fan of the latter and, at under 20 minutes, a stirring performance of the Choral Fantasy can give me some of the same thrills as the Ode to Joy along with a mini-piano concerto thrown in.

When today’s Christus am Ölberge was performed in 2003, Kaufmann was likely seen as just another hard-working German tenor. Though nicely ensconced in Zurich, his international opera “buzz” began in earnest the following year when he appeared at Covent Garden in La Rondine opposite Angela Gheorghiu. But only when he debuted—again paired with Gheorghiu—at the Met in 2006 as Alfredo in La Traviata did his inexorable rise to superstardom take off.

Besides Christus am Ölberge, Kaufmann has often sung Beethoven including many performances as Florestan. He was in the midst of a run of a new production of Fidelio at Covent Garden with Lise Davidsen when theaters worldwide shut down. His recently released lieder CD Selige Stunde (recorded during the pandemic) includes the composer’s “Adelaide.”

Kaufmann can also be heard on a previous Trove Thursday installment in the Missa Solemnis alongside Camilla Nylund, Iris Vermillion and Franz-Josef Selig.

The part of Beethoven’s Christ has naturally drawn star tenors; those who have recorded it include Jan Peerce, Richard Lewis, Nicolai Gedda, James King and, inevitably, Plácido Domingo. Sir Simon Rattle releases the newest version next month with Pavol Breslik as the Son of God.

The Choral Fantasy comes from a performance in February recreating portions of the legendary December 22, 1808 four-hour marathon in Vienna which also included Ah! perfido, excerpts from the Mass in C Major, as well as the public premieres of the Fourth Piano Concerto and the Fifth and Sixth Symphonies. South African virtuoso Kristian Bezuidenhout plays a period fortepiano rather the modern pianoforte for the Brussels concert.

Christus and the Choral Fantasy can be downloaded by clicking on the icon of a square with an arrow pointing downward on the audio player above and the resulting mp3 files will appear in your download directory.

The archive, which lists every Trove Thursday offering since the beginning in alphabetical order by composer, was updated last month.