Next month in Bergamo Plácido Domingo takes on his zillionth—and possibly final—new role, so Trove Thursday previews it by returning to the same venue 50 years earlier for Donizetti’s Belisario with Leyla Gencer and Renato Bruson, a real baritone as its titular hero. 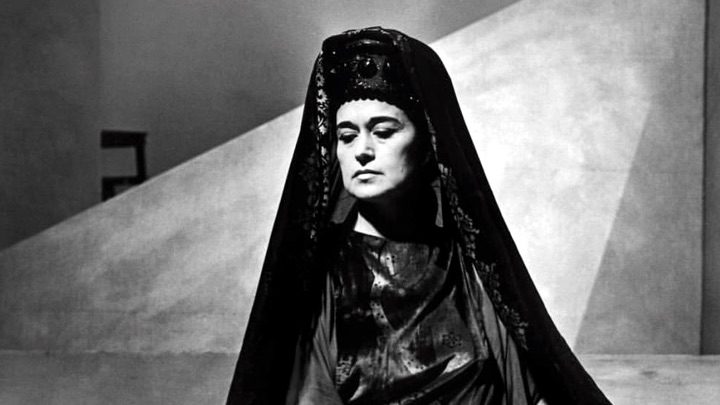 After discussing Nicholas Limansky’s Pirates of the High Cs—Opera Bootlegging in the 20th Century here last month, I felt guilty that Gencer, one of the much-loved “pirate queens” he discusses in great detail, hadn’t yet made a Trove Thursday appearance in a complete opera. A rare work during the Met’s Donizetti-rerun week seemed just the ticket.

For all the on-going hullabaloo about the “Tudor Queens”—Sondra Radvanovsky will soon be performing again the final scenes in Barcelona and Diana Damrau has just released a CD of the same program—it was Turkish soprano Gencer who began it all as surely the first to take on (in the 20th century at least) the leading roles in Anna Bolena, Maria Stuarda and Roberto Devereux. In addition to those three and Belisario she of course performed Lucia di Lammermoor early in her career. Fittingly Gencer’s final US stage appearances were in Donizetti–as Lucrezia in Dallas in 1974 after Beverly Sills withdrew due to her cancer diagnosis.

After that I believe Gencer performed just once more in the US: an excerpt from Anna Bolena for a 1978 gala celebrating Kurt Herbert Adler’s 25th anniversary at the San Francisco Opera. Her most important American association transpired there beginning with her US debut in Francesca da Rimini in 1956 followed by six other roles until 1958. However, she returned only in 1967, replacing Régine Crespin to open the season in La Gioconda.

Initially I had assumed that Gencer’s Donizetti credentials would far outstrip Bruson’s but it proved to be quite the opposite. They both appeared in several of the same works, sometimes even together as in Poliuto and its French version Les Martyrs. In fact, they both made rare New York City concert appearances in Caterina Cornaro at Carnegie Hall, she with New Jersey Opera Theater in 1973 opposite Giuseppe Taddei and he with Opera Orchestra of New York in 1994 wed to Martile Rowland who had substituted for an ailing Aprile Millo.

I first became acquainted with Belisario in high school when I ordered Montserrat Caballé’s new Donizetti Rarities from King Karol in New York. Her previous Rarities LPs—Rossini and Verdi—were two of my favorite records. I have to admit, though, that the program of scenes from Torquato Tasso, Gemma di Vergy and Parisina d’Este as well as Belisario didn’t knock me over the way the other disks had.

On November 19 Domingo takes on Belisario co-starring with Davinia Rodriguez (who was to have been his Devereux Elisabetta in Los Angeles earlier this year), Annalisa Stroppa and Celso Abelo conducted by Riccardo Frizza.

Belisario can be downloaded by clicking on the icon of a square with an arrow pointing downward on the audio player above and the resulting mp3 files will appear in your download directory.