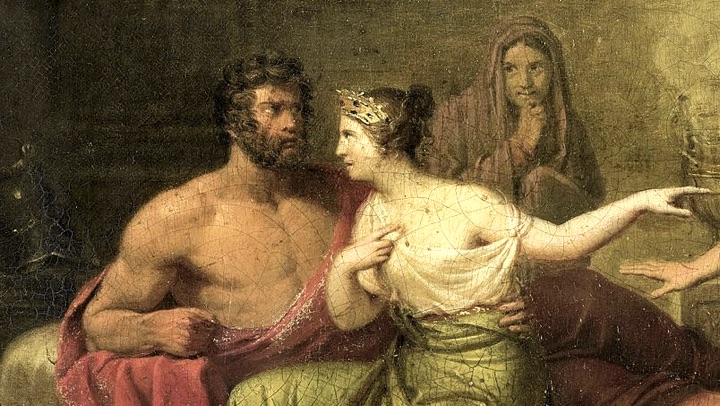 When I took a course in Greek drama in college, I was surprised to discover Euripides’s superb drama is called Hippolytus, unlike Seneca and Racine’s plays. Anyone familiar with Rameau’s towering masterpiece Hippolyte et Aricie must wonder why it’s named after that pale pair rather than the incendiary figures of Phèdre and Thésée.

Racine’s Phèdre is by far the most commonly performed of the three and the only work by that fascinating French playwright that I’ve seen live. Diana Rigg performed Ted Hughes’s translation in a Jonathan Kent moderately effective production imported to the Brooklyn Academy of Music in 1999; I should have also gone to Brittanicus which was also being done.

The British production paled in comparison to the much more captivating Phèdre found in the Wooster Group’s wildly unorthodox, badminton-inspired retelling To You, the Birdie! with the always mesmerizing Kate Valk as the tortured stepmother and Frances McDormand as her conspiratorial “nurse.”

Marie Bell’s legendary portrayal of the Racine heroine was filmed, probably too late but valuable nonetheless.

Jules Dassin turned to the family triangle for a white-hot film starring his wife Melina Mercouri who explicitly consummates her obsession with a comely Anthony Perkins, perhaps ultimately unconvincing as a son of Raf Vallone.

Pizzetti isn’t performed much anymore except for an occasional revival of Assassinio nella cattedrale, his 1958 adaptation of T.S. Eliot’s play about Thomas à Becket. His first performed opera, Fedra, premiered at La Scala 43 years before Assassinio; he had composed numerous works (ultimately discarded) beginning at age 17.

Pizzetti returned to mythic heroines throughout his long composing life; he followed Fedra with Ifigenia (for Rosanna Carteri) arriving in 1950 and his final work at age 85 was Clitennestra with Clara Petrella in the title role. Pizzetti’s Fedra is not based on Racine but derives rather from a 1909 play by Gabriele d’Annunzio with whom the composer had a long personal friendship and artistic collaboration.

Three performances over decades in New York City I treasure featured the unforgettable Hunt Lieberson as epic heroines created by French composers: both Rameau’s Phèdre and Charpentier’s Médée at BAM with Les Arts Florissants and finally Didon in Berlioz’s Les Troyens at the Met. Although the baroque works were unfortunately not filmed (although I’ve heard there is a pirate video of the Charpentier), both were recorded by Erato and remain unmissable mementos.

It’s fitting that Hunt Lieberson took on the Britten Phaedra as she and the work’s creator Dame Janet Baker shared numerous roles including Britten’s Lucretia, Charlotte in Werther, Béatrice, Phèdre, both Purcell and Berlioz’s Dido, and Ariodante.

Operas about Phaedra continue to fascinate. Earlier this year a recording of Jean-Baptiste Lemoyne’s 1786 Phèdre was released in a deluxe set by the Palazzo Bru Zane’s new label. It gets off to a slow, uninteresting start but builds to a powerful conclusion.

Both Fedra and Phaedra can be downloaded by clicking on the icon of a square with an arrow pointing downward on the audio player above and the resulting mp3 files will appear in your download directory.