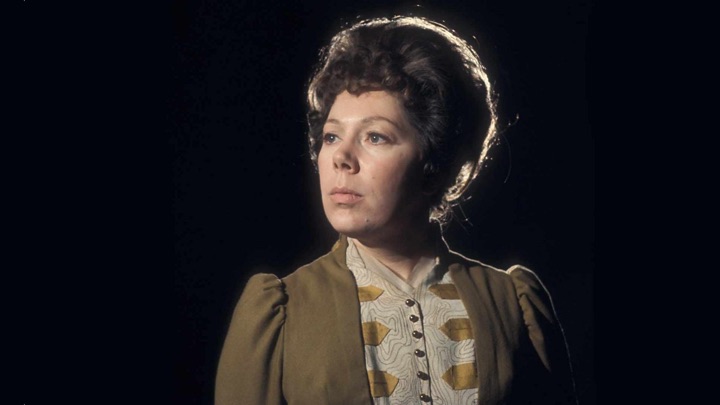 Admeto was the second and maybe best of five operas Handel wrote between 1726 and 1728 for the superstar trio of Francesca Cuzzoni, Faustina Bordoni and Senesino. Cuzzoni and Senesino had already been valued members of the composer’s company for several years but the addition of fierce rival soprano Faustina (who was married to composer Johann Adolph Hasse) added a frisson to those works even though few consider the five among Handel’s finest; the others? Alessandro, Riccardo Primo, Siroe and Tolomeo.

Nine years after today’s slightly cut broadcast in English, Admeto appeared on an historic LP. Alan Curtis and Il Complesso Barocco set down the first HIP recording of a Handel opera absolutely complete and performed at baroque pitch by a period orchestra and featuring countertenors in the two roles written for castrati. The third alto male role was sung by a woman as it had been at the premiere. Running to five LPs, Curtis’s recording proved worlds away from Karl Richter’s turgid uncut but heavily transposed Giulio Cesare. This Admeto survives reissued on three Virgin CDs and remains most valuable for Rachel Yakar and Jill Gomez as Alceste and Antigona.

Despite my nearly life-long affection for Baker, it was Armstrong I first discovered. When I began to be interested in classical music in sixth grade, I haunted the downtown public library’s vast LP collection. I also wanted to start my own but classical records for purchase were scarce in my hometown particularly any that I could afford on my miniscule budget.

Ontario, a local discount store, had a small record department stocked with an assortment of cheap labels that included a few classical titles. One of my very first purchases there was highlights from Messiah conducted by Leopold Stokowski (!) featuring a luminous Armstrong among the soloists.

The English soprano has a sterling but not extensive discography which also includes a fine Semele and an early favorite of mine: Charles Mackerras’s ravishing Dido and Aeneas wherein Armstrong’s loving Belinda comforts Tatiana Troyanos’s tragic Trojan queen.

As Admeto’s Antigona (the Cuzzoni role), a vibrant Armstrong makes a worthy rival for Baker’s supreme Alceste who is a somewhat more down-to-earth character than the one at the center of Gluck’s opera, a work that Baker undertook in her final appearances at Covent Garden in 1981.

José van Dam, another Trove Thursday favorite, turns 80 on Tuesday and can be heard here as Mozart’s Figaro, Fiesco in Verdi’s Simon Boccanegra; and in the title role of Mendelssohn’s oratorio Elijah.

And while we’re at it, Happy Birthday tomorrow to my friend Rene!

Admeto can be downloaded by clicking on the icon of a square with an arrow pointing downward on the audio player above and the resulting mp3 file will appear in your download directory.