One of the more unfortunate losses from the Met’s closure is its revival of Simon Boccanegra, so Trove Thursday steps up with a 1975 Berlin performnace of Verdi’s dark masterpiece with Ingvar Wixell, Gundula Janowitz, José van Dam and Bruno Prevedi. 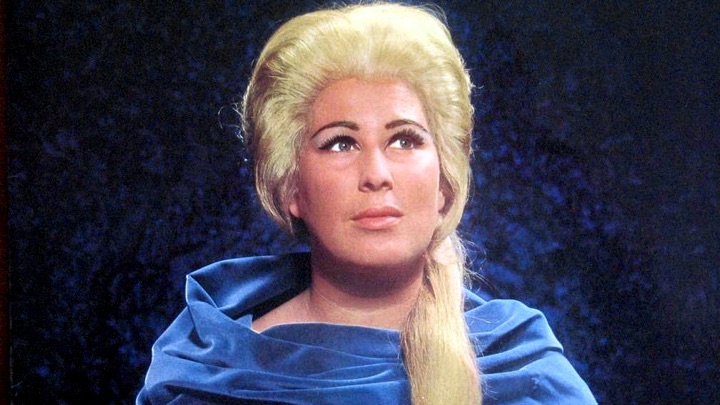 Boccanegra has always been one of my favorite Verdi works and for me its first act is one of the most satisfying in all opera. The extraordinary progression from Amelia’s urgent aria through three of the most striking duets in Verdi never fails to thrill me.

I particularly love the lovely benediction of Gabriele and Fiesco followed by the most moving father-daughter reunion capped by Simon’s softly murmured ”Maria!” Then follows the magnificent Council Chamber scene (but don’t look for a Janowitz trill today). I could happily go home at intermission but there’s so much more!

Despite his varied history with the opera, van Dam as Fiesco is a bit of an anomaly. The Belgian bass-baritone was 35 at the time of this Boccanegra, the same year as his Met debut as Escamillo in Carmen. Most would know him as Paolo Albiani in the celebrated Claudio Abbado/La Scala studio recording which was set down two years after this Berlin performance.

In 1982, van Dam undertook the title role at his home theater, the Monnaie in Brussels. A live audio recording co-starring Ellen Shade and Giorgio Lamberti was released on CD (a new copy is currently available on Amazon for $300!), and the show was also videotaped.

Amelia Grimaldi likely was Janowitz’s most often performed Verdi role, although that could be Odabella in Attila which was also in her repertoire at the Deutsche Opera in Berlin.

However, her Don Carlo Elisabetta would be the best-known because the broadcast of a 1970 Wiener Staatsoper performance has been widely disseminated due to its impressive cast which also included Shirley Verrett, Franco Corelli and Nicolai Ghiaurov.

But Janowitz sang Elisabetta just eight times that season in Vienna and never again, whereas she starred in two new productions of Boccanegra, first in Vienna in 1969 directed by Luchino Visconti and then two years later in Munich. Both times her father was Eberhard Wächter who was also Rodrigo in that famous Vienna Don Carlo.

Wixell’s relatively short Met career between 1973 and 1979 included a major revival of Boccanegra with Adriana Maliponte, Richard Tucker and Giorgio Tozzi. While his Met tenure preceded mine, I did get to hear the Swedish baritone at the Lyric Opera of Chicago in very fine performances of two quite different roles: Mandryka in Arabella wooing Kiri te Kanawa and Falstaff with Barbara Daniels, Marilyn Horne, Ruth Ann Swenson, Jerry Hadley and Alessandro Corbelli hoodwinking him.

Although the Met is unlikely to get back to Boccanegra anytime soon, Washington Concert Opera, which had planned to present the opera this month, has rescheduled it for September 13.

Simon Boccanegra can be downloaded by clicking on the icon of a square with an arrow pointing downward on the audio player above and the resulting mp3 file will appear in your download directory.

The archive listing all Trove Thursday offerings in alphabetical order by composer has been updated.