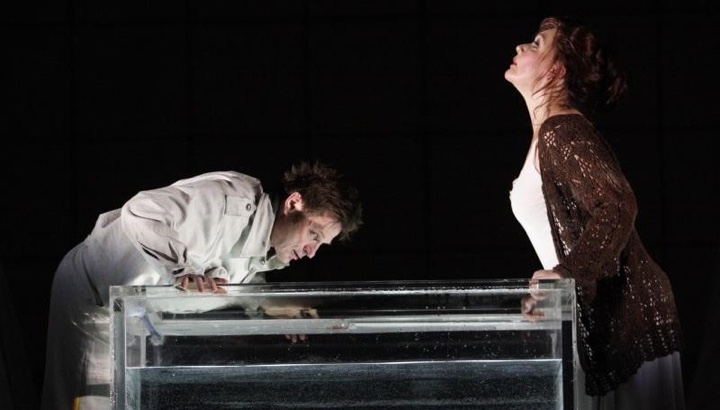 It has taken me a long while to learn to like? love? Berg’s opera. I lost count of the times I’d begin to listen but turn it off before the second act. After years of trying, I finally made it to the end. Today’s Wozzeck was performed during the same season as the Met’s last tired revival which I purposely skipped. London just did it so much better and it’s sad that neither Mattila nor Keenlyside performed their roles at the Met although the latter did his role in concert with the London Philharmonic at Lincoln Center in 2012.

Between Christmas and New Year’s the Met will mount a new production of Wozzeck (first seen at the Salzburg Festival) by William Kentridge who created the company’s recent Lulu, in which Yannick Nézet-Séguin conducts Elza van den Heever and Peter Mattei.

I understand that Mattila was originally considered for Marie in this new production but then another name came up and finally it is to be van den Heever, who clearly is now a Nézet-Séguin favorite. They are next collaborating on concerts of Die Frau ohne Schatten in Europe and then Vier Letzte Lieder with the MET Orchestra at Carnegie Hall in June.

This spring I was told Mattila had at that point no future contracts at the Met, which saddens me deeply.

Happy Holidays! Next week, Trove Thursday will offer something with a happy ending!

Wozzeck can be downloaded by clicking on the icon of a square with an arrow pointing downward on the audio player above and the resulting mp3 file will appear in your download directory.