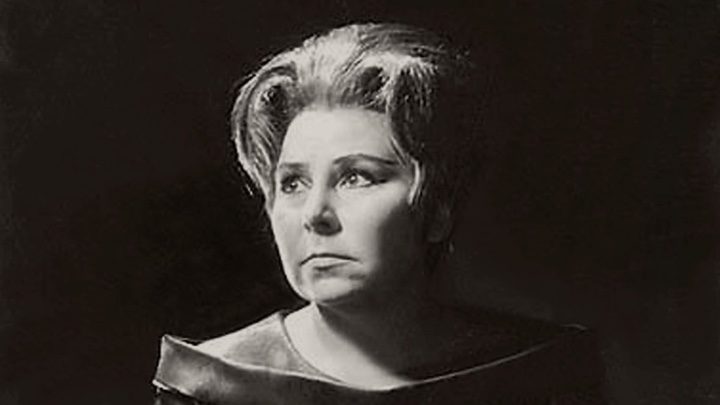 After the publication in August 2015 of my five-part “Chris and the Pirates” series, La Cieca invited me to curate a weekly parterre box feature presenting live performances that would remain available for listening or downloading. I never imagined that this enterprise would still be going strong 200 installments in and the response to it over the years has been gratifying.

This week I chose a “pirate” recording that I hope represents what “Trove Thursday” has always tried to do: offer important and/or neglected vocal works (opera, oratorio, song cycles, etc.) with valuable performers sometimes performing unusual or unexpected repertoire. Most of the material that has been offered had not been easily available otherwise. As I mentioned in that 2015 series, I tend to favor live recordings over studio efforts whenever possible.

With just a couple exceptions (Sibelius’s Luonnotar with Lise Davidsen a few weeks ago, for example), I’ve avoided repeating works which can be challenging as there are now nearly 300 discrete pieces available. Pulling together the musical material is fun and instructive but producing the accompanying text week after week has become more and more of a chore. So henceforth this space will likely contain fewer paragraphs, although occasionally the spirit will move me to say more.

I’ve told La Cieca to expect “Trove Thursday” to continue until its 5th anniversary in September 2020—after that…we’ll see.

Thanks to everyone who over the past 4+ years and 199 episodes has commented, listened and downloaded.

Khovanshchina can be downloaded by clicking on the icon of a square with an arrow pointing downward on the audio player above and the resulting mp3 file will appear in your download directory.

In addition, nearly 300 other podcast tracks are on iTunes here for free, or via any RSS reader.

The archive listing all “Trove Thursday” offerings alphabetically by composer was just updated to include all material as of mid-November 2019.