Mussorgsky’s Boris Godunov must be Russian's most iconic opera and “Trove Thursday” presents it with Claudio Abbado leading an impressive team. 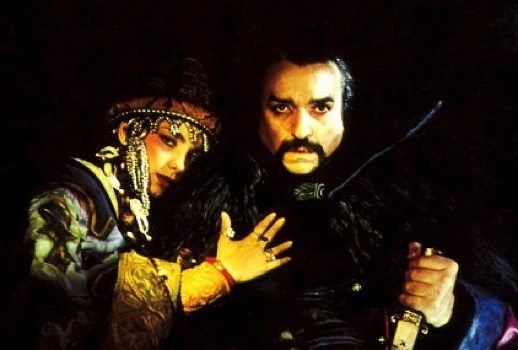 Glinka’s Zhizn’sa Tsarja may be Russia’s “national opera,” but Mussorgsky’s Boris Godunov must be its most iconic and “Trove Thursday” presents it with Claudio Abbado leading an impressive team.

The opera’s many variants and editions are far too complicated to untangle here but more recently performers have discarded previously popular reorchestrations, especially Rimsky-Korsakov’s, to return to the composer’s own preferences, one version of which is presented here.

A more recent trend is to omit the Polish act but personally I’m pleased that it’s included as I appreciate its lightening the opera’s tone a bit which can otherwise be awfully dark and heavy.

Although it might seem remarkable that the Chicago Symphony would marshall the enormous resources necessary for this performance of Boris, the orchestra has a storied history of high-profile, star-filled concert versions of operas.

I hard the Falstaff when it was brought to Carnegie Hall where I also attended a marvelous CSO Tristan und Isolde in 2001 conducted by Daniel Barenboim with a riveting Waltraud Meier opposite a less-than-riveting Christian Franz.

The tradition has continued under current music director Riccardo Muti who has led Macbeth and another Falstaff and in June Aïda will arrive with Krassimira Stoyanova, Anita Rachvelishvili, Francesco Meli, Kiril Manolov, Ildar Abdrazakov and Eric Owens (at the King!).

More Mussorgsky to come on “Trove Thursday” in 2019!

Boris can be downloaded by clicking on the icon of a square with an arrow pointing downward on the audio player and the resulting mp3 file will appear in your download directory.