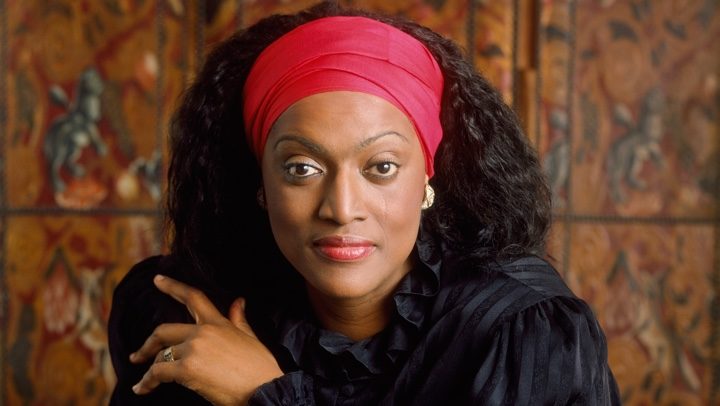 Like several others who posted here recently, my first time hearing Norman live was a performance of Mahler’s Second Symphony—with the Cincinnati Symphony under Michael Gielen in 1980. Student tickets at Music Hall then were in the very front center of the orchestra section so Norman was just a few feet in front of me when she rose to sing.

I already knew “Urlicht” from one of my favorite records: Leonard Bernstein’s Des Knaben Wunderhorn with Christa Ludwig and Walter Berry. Norman’s sound was voluminous and unearthly, unlike anything I had yet heard in person. I know that afterward Judith Blegen and the enormous May Festival Chorus joined in but I had already been transported to another world.

Three years later I had to attend the Met’s first revival in a decade of Berlioz’s Les Troyens eager to hear Norman as Cassandre, her debut role in the house. I was initially a bit disappointed because Shirley Verrett’s cursed seeress on a Met pirate had imprinted itself on my brain but Norman’s epic portrayal gradually won me over.

My big regret is not hearing her as Didon which was surely her role rather than Cassandre but at least I have the remarkable broadcast from the following spring during which Norman performed both roles.

I was lucky to catch Norman in four of her other Met roles: twice as Ariadne (sublime), Mme Lidoine in Dialogues des Carmélites, and her first-ever Kundry. I had bought tickets to the third performance of the new Makropoulos Case in 1996 but unforeseen circumstances (Richard Versalle’s death and then a snowstorm) meant I was also in the house for Norman’s first Emilia Marty which unfortunately won’t be remembered as one of her career highpoints.

Nor would her final appearance on the Met stage later that same year—an uneven “D’amour l’ardante flamme” from La Damnation de Faust at the Levine Gala.

My favorite Norman experience, however, stemmed from one of her rare US operatic appearances outside the Met: opening night of Lyric Opera of Chicago’s 1990 season. In Robert Wilson’s cool yet intense production of Gluck’s Alceste, Norman was magnificent—suffering nobly and majestically commanding the glacial movements Wilson planned. Happily, that very performance was broadcast and is available here. It’s too bad that Alceste’s rumored Met revival never came to pass.

Norman took a long hiatus from staged opera during the late 1970s and early 1980s. Today’s Oedipus Rex was part of her US operatic return; it formed half of a double-bill with Purcell’s Dido and Aeneas in Philadelphia a year before her triumphant Met appearance.

Next week: the 200th (!) installment of Trove Thursday.

Last month, “Trove Thursday” presented an astounding marathon solo concert by Norman with the Chicago Symphony from 1978 that remains available.

Today’s three Norman selections can be downloaded by clicking on the icon of a square with an arrow pointing downward on the corresponding audio player above and the resulting mp3 file will appear in your download directory.

In addition, nearly 300 other podcast tracks are always available from iTunes or via any RSS reader.