When I first heard of this broadcast my thought was to save it to celebrate Jessye Norman's 75th birthday in 2020. 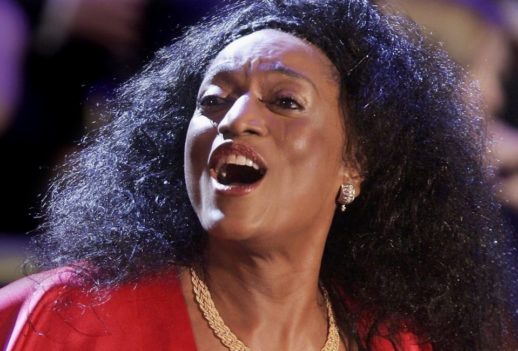 However, the sad news of the soprano’s death this week compelled me to offer it as a special “Trove Thursday” salute: at the Ravinia Festival in 1978 Norman performed “Ch’io mi scordi di te;” Shéhérazade; Le Mort de Cléopâtre; Wesendonck Lieder; and the Liebestod during a single astonishing concert.

The passing at the age of 74 of one of America’s greatest divas has shocked the many who were moved by her artistry. With her epic voice and indelible personality, Norman went her own way performing a fascinatingly sui generis repertoire throughout her fabled career. Today’s concert gives just a glimpse of her ambitious musical tastes and prodigious accomplishments.

For some, the program of this remarkable Friday evening with the Chicago Symphony 41 years ago may call to mind a deliriously extravagant scene in James McCourt’s quintessential divadienst novel Mawrdew Czgowchwz in which its titular “oltrano” sings an impossibly long and varied recital. 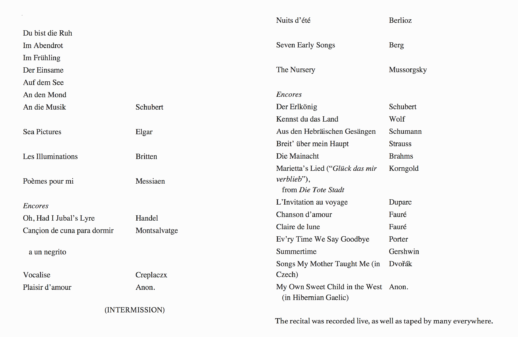 One imagines that McCourt was inspired by a real concert given at Carnegie Hall in 1958 by another stellar American soprano, Eleanor Steber. She performed, among other things, “Marten aller Arten;” Les Nuits d’été; Knoxville: Summer of 1915; the Mad Scene (with cabaletta!) from I Puritani; two excerpts from Die Frau ohne Schatten and “Ernani involami” followed by four encores: like today’s concert, an example of American “can do” industriousness.

I had never heard about this 1978 Norman broadcast until a friend mentioned it and then recently sent it to me. I was reminded of another Norman gala at Avery Fisher Hall in 1994 with the Orchestra of St. Luke’s and Jane Glover entitled “Women of Legend, Fantasy and Lore” telecast on “Live from Lincoln Center.” It included an even wider-ranging mix from Haydn’s Berenice, che fai! to arias from Orleanskaya Deva, Antony and Cleopatra, La Périchole and Capriccio.

Even a concert as all-embracing as today’s can’t begin to emcompass the splendor of Jessye Norman so at least one more “Trove Thursday” installment will be dedicated to her in the coming weeks.

This notable and rare concert can be downloaded by clicking on the icon of a square with an arrow pointing downward on the audio player above and the resulting mp3 file will appear in your download directory.

A broadcast of Norman’s sumptuous Gluck Alceste from Lyric Opera of Chicago 1990—a performance I attended–can be heard or downloaded here.

An archive which lists all “Trove Thursday” offerings in alphabetical order by composer has been recently updated.