Trove Thursday’s belated contribution to last weekend’s Platinum Jubilee is a broadcast from Aldeburgh of Benjamin Britten’s Gloriana with Christine Brewer and Tom Randle as Elizabeth and Essex, an opera which premiered 69 years ago yesterday. 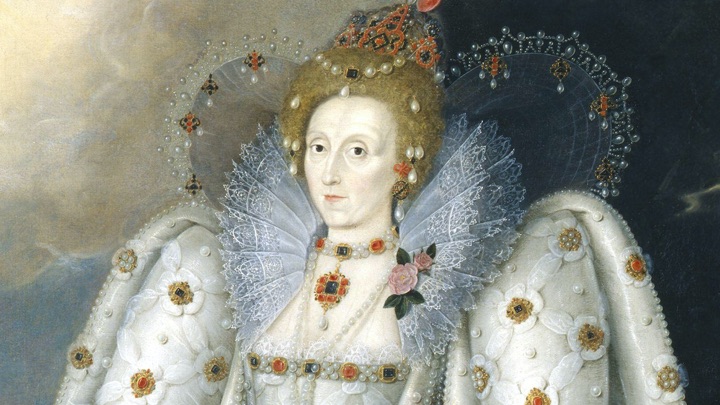 I’ve never been much of a royal watcher other than decades ago when I woke up early to catch Kiri Te Kanawa and Arleen Augér perform at weddings that didn’t work out too well. Millions of Americans apparently remain transfixed by scandalous goings-on among the ruling class across the pond, most recently those involving either shady Prince Andrew or “interloper” Meghan Markle.

Despite my admiration for what looks like a spectacular cast, I’ve never been able to commit to The Crown despite people telling me that I should. However, I did see Pablo Larrain’s recent film Spenser; I found it more successful than Jackie, the Chilean director’s “biopic” featuring Natalie Portman as Jacqueline Kennedy, probably as close to royalty as America managed during the previous century. Spenser was both haunting and troubling with Kristen Stewart extraordinarily good as the unfortunate Princess of Wales.

Catching the earlier Tudor Elizabeth on film and stage has been nearly unavoidable and often pretty wonderful.

One of the most compulsively watchable television series of my youth was the BBC’s Elizabeth R featuring Glenda Jackson’s stunning portrayal of the Virgin Queen. Its companion, The Six Wives of Henry VIII with Keith Michell and a smashing sextet of actresses, was nearly as wonderful. What wasn’t nearly as great was Mary, Queen of Scots, an opulent film made around the same time in which Jackson was paired with Vanessa Redgrave. In it, as in Schiller and Donizetti, the two queens—who never met in life—square off for a diva duel.

Redgrave was ravishing but Elizabeth R’s Vivian Pickles, who also vied with Redgrave as— (in Ken Russell’s startling television film) was even more moving as the doomed Mary Stuart.

What struck my curious teenage brain most about the movie was a demurely homoerotic bed scene between Lord Darnley and David Riccio played by Timothy Dalton and Ian Holm!

Beyond several Donizetti Maria Stuarda and Roberto Devereux encounters, I greatly enjoyed Schiller’s Maria Stuart when it played Broadway in 2009 with Janet McTeer in the title role and Harriet Walter as a chillingly stern Elizabeth. We don’t get much Schiller here in New York; however, my most recent was a compelling Kabale und Liebe in Russian (!) at the Brooklyn Academy of Music.

My experiences with Brewer were limited, but I discovered they formed a perfect Mozart-Strauss arc. My first encounter might surprise some: she sang the florid trouser role of Sifare in Mitridate, Re di Ponto during the 1992 Mostly Mozart Festival. Lincoln Center was in the midst of performing every composition of Mozart’s and Mitridate was the first of three rare works I caught that summer.

I had just returned from a month on Lake Como and my head was still full of Lombardia, so I don’t remember Brewer very well. My most vivid (and sad) memory of that evening was Tatiana Troyanos as Farnace singing erratically and looking unwell. (she died a year later.) I recall much better a stellar Lucio Silla with Cecilia Bartoli the week after Mitridate.

Six years later, again at the Mostly Mozart Festival, Brewer performed a memorably fiery Ismene (aka Elettra) in the Richard Strauss adaptation of Idomeneo. In 2003, the Met revived Ariadne auf Naxos so that it could capture it on video starring Deborah Voigt, Natalie Dessay and Suanne Mentzer.

Once the taping was accomplished, Voigt and Mentzer left and their places were taken by Brewer and the late Kristine Jepson. Ariadne had always been for me Voigt’s best role; at her debut Brewer was just as good if not better, pouring out gorgeous golden tone. Unfortunately, her debut followed by just one more Ariadne proved the sum of Brewer’s Met career.

More with the company was intended: she was announced to take on all three Brünnhildes for the final laps for the Otto Schenk Ring in 2009, but she departed during rehearsals and was replaced. I believe she never attempted any Brünnhilde on stage, although she performed the final scene of Siegfried at the 2010 Ravinia Festival and a complete Götterdämmerung during the 2007 BBC Proms.

I deeply regret that I missed Brewer when she starred in Tristan und Isolde at Avery Fisher Hall in 2007 with the Los Angeles Philharmonic under Esa-Pekka Salonen. I had already seen the Peter Sellars–Bill Viola staging in Paris two years earlier, and it was so damned expensive I skipped it. Oh, well…

Two years after this broadcast, Opera Theatre of St. Louis presented Brewer in Gloriana opposite the Devereux of Brandon Jovanovich. Britten’s Coronation opera has played the Met—when the English National Opera presented it as part of its 1984 US tour with Sarah Walker as Queen Elizabeth. Her portrayal was thankfully recorded on video.

One of the many disappointments caused by the pandemic was the cancelation of Odyssey Opera’s planned Gloriana with Anna Caterina Antonacci which was to play both Boston and New York.

Gloriana can be downloaded by clicking on the icon of a cloud with an arrow pointing downward on the audio player above and the resulting mp3 file will appear in your download directory.