The great Spanish mezzo soprano Teresa Berganza died on May 13 at the age of 89, so Trove Thursday salutes one of its favorites with a pair of dazzling rare live Mozart performances. 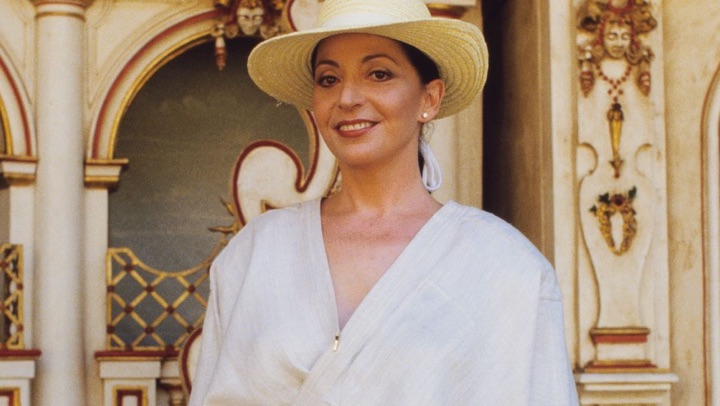 Berganza first appeared in the US at the Dallas Opera in both L’Italiana in Algeri and Cherubini’s Medea, the latter opposite Maria Callas and Jon Vickers.

As with many important post-war singers, her NYC debut came courtesy of the American Opera Society in La Cenerentola in 1962. She would appear again later that year with the same organization as Isabella in L’Italiana in Algeri.

Also in 1962, she made the first of five yearly appearances with Lyric Opera of Chicago, the company with which she sang not only her standard roles—Cherubino, Rosina and Cenerentola—but also Concepción in Ravel’s L’Heure Espagnole opposite Alfredo Kraus.

Another Chicago rarity was Ottavia in L’Incoronazione di Poppea, which she also performed relatively early in her career at the Aix-en-Provence Festival, one of her longtime artistic homes.

After Chicago, Berganza debuted in San Francisco as Rosina; Trove Thursday shared an in-house recording of that production with Pietro Bottazzo and Ingvar Wixell last year.

The following fall she and Bottazzo (her perfect Rossini partner) appeared in the premiere of Jean-Pierre Ponnelle’s classic Cenerentola conducted by Charles Mackerras, one of my very favorite performances of that delicious work.

Unfortunately, as far as I know, no recording exists of her final SF Mozart appearance as Dorabella to Margaret Price’s Fiordiligi.

Berganza’s Met career was quite limited—just two roles: Cherubino and Rosina—and no broadcasts. However, today’s Trove Thursday features an invaluable pirate of her company debut as the former which is also significant for featuring Krause’s debut as well as Lorengar and Freni’s first US performances of their roles. While the other four principals recorded their Nozze roles commercially, Lorengar did not and I’m aware of only one other, much later live document of the Spanish soprano’s endearing Countess.

Berganza returned after a long absence to both San Francisco and Chicago after she took on Carmen but no Met offer was forthcoming. Perhaps her voice and/or temperament were considered too modest for that role in the house?

As a big fan of Moser and Augér in addition of Berganza, I remember reading about the Vienna Clemenza when it opened, and I assumed that a broadcast would soon appear but it never did. Wiener Staatsoper premieres were always broadcast, but since this production was staged at the Theater an der Wien none was forthcoming although this invaluable “pirate” eventually surfaced. Berganza recorded Sesto twice (I much prefer the earlier one conducted by Istvan Kertesz) but Moser’s tempestuous Vitellia can only be heard here.

I won’t repeat my ill-starred experiences trying to experience Berganza in person, as they were recounted when Trove Thursday featured her six years ago as Isabella in Italiana from the Teatro Colón.

Trove Thursday has also featured Berganza in Falla’s El Amor Brujo, as well as a delightful concert of zarzuela arias.

Nozze and Clemenza can be downloaded by clicking on the icon of a cloud with an arrow pointing downward on the audio player above and the resulting mp3 files will appear in your download directory.

In addition, well over 500 other podcast tracks are always available from Apple Podcasts for free, or via any RSS reader. The archive which lists all the nearly 600(!) Trove Thursday offerings in alphabetical order by composer has just been updated.