Mezzo-sopranos often get stuck being the mother, the lady-in-waiting or the “other woman”… but not today! 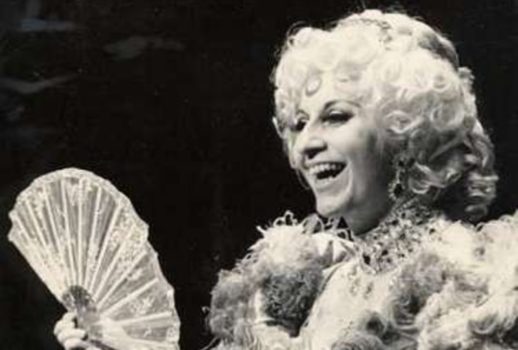 Mezzo-sopranos often get stuck being the mother, the lady-in-waiting or the “other woman”… but not today!

Following last year’s mezzo mélange of Barton, Marianne Crebassa, Bernarda Fink and Magdalena Kozená, I assembled an even starrier quintet this time. Four of the five will no doubt be very familiar as they are among yesterday and today’s most celebrated singers but Berberian might be a bit less well known than the others.

The American performer’s sui generis career often centered around two chronological extremes: early baroque and the latest avant-garde works. Being married to Luciano Berio for nearly 15 years put her into the forefront of the contemporary music scene from the 1950s on so accordingly John Cage, Hans Werner Henze, Igor Stravinsky and others composed works for her, in addition to many pieces by Berio.

His flavorful Folk Songs, collected and arranged for Berberian, is available here sung by Elina Garanca.

That work will also be performed early next month by Anita Rachvelishvili at Kennedy Center with Gianandrea Noseda conducting the National Symphony Orchestra—it’s sure to be a fascinating rendition!

Some may know Berberian best from her celebrated Monteverdi recordings especially the landmark Nikolaus Harnoncourt-led L’Incoronazione di Poppea (still my favorite version of that opera) in which Berberian is the scorching Ottavia.

In addition to her challenging ventures in new music, she found time to also become a camp goddess, first via her glorious LP of quasi-baroque arrangements of Beatles songs.

Berberian followed up with witty faux-Edwardian recitals which included delicious renditions of chestnuts like “There are fairies at the bottom of our garden” and “Tit-willow.”

Whereas the Berio Epifanie might be perceived as “difficult,” the four other 20th century works here are eminently accessible. I will give a special shout-out to Barton’s gorgeous Elgar Sea Pictures, a bewitching piece not programmed as often as it should be.

Each of the five workscan be downloaded by clicking on the icon of a square with an arrow pointing downward on the audio player above and the resulting mp3 files will appear in your download directory.