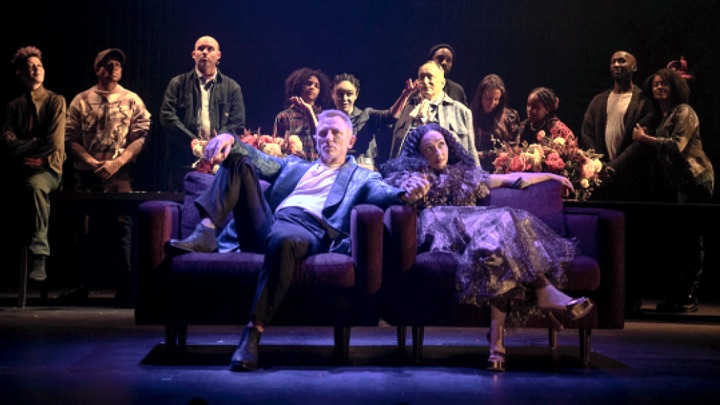 Bloch’s only opera (in French) has struggled to gain a place since its premiere at the Opéra-Comique over a century ago. Though its occasionally revived, it remains largely ignored easily eclipsed by Verdi’s setting.  The Italian composer’s 10th opera was initially a success but fell out of favor until returning in the second half of the 20th century to become one of his most popular and often-performed works.

Thomas’s opera (which keeps its title character alive at the end) enjoyed a great vogue during the 19th century but like many French grand operas eventually lost its allure in the 20th. Though many baritones have recorded Hamlet’s infectious Drinking Song, Ophélie’s Mad Scene, a coloratura showpiece, remains the opera’s best-known excerpt.

Michael Spyres, the most recent to record “O vin, dissipe la tristesse,” mentions in the notes to his Baritenor CD that Thomas wanted a tenor for the title role but could not find the right one, so Hamlet became a baritone.

Since the turn of the 21st century, two renowned soprano-baritone pairs have embraced Hamlet. First Natalie Dessay and Simon Keenlyside performed it throughout Europe; they were to bring it to the Met together but the company’s 2010 production went ahead without the soprano who was replaced by Marlis Petersen and Jane Archibald.

Sabine Devieilhe and Stéphane Degout have since stepped up to replace Dessay-Keenlyside as the prime Hamlet advocates; they performed it together as recently as this winter at Paris’s Opéra-Comique. Another starry pair, Diana Damrau and Carlos Alvarez, appeared in a concert presentation of Hamlet at Barcelona’s Liceu in 2019.

The Opéra Royal de Wallonie-Liège presents a new Hamlet next season with Jodie Devos and Lionel Lhote as the star-crossed lovers and veterans Béatrice Uria-Monzon and Nicolas Testé as Gertrude and Claudius.

Macbeth and Hamlet can be downloaded by clicking on the icon of a cloud with an arrow pointing downward on the audio player above and the resulting mp3 file will appear in your download directory.