Trove Thursday welcomes the return to the Met of Tchaikovsky’s Eugene Onegin on March 25 with a collection of important moments from the opera. 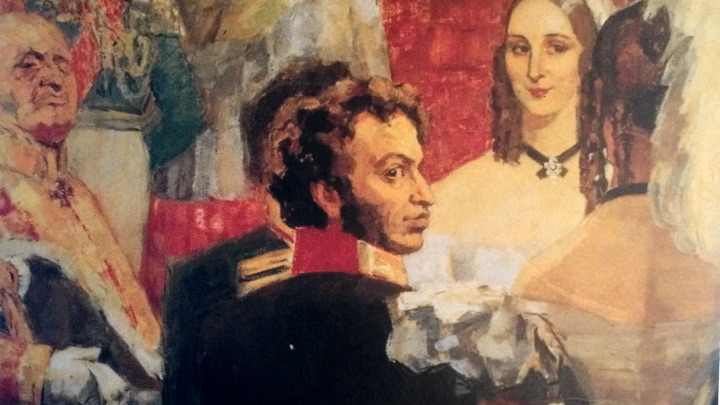 When cutting the Met’s ties with Anna Netrebko, Peter Gelb made it quite clear that the company wasn’t about to cancel all things Russian. In that spirit Trove Thursday welcomes the return to the Met of Tchaikovsky’s Eugene Onegin on March 25 with a baker’s dozen of a trio of important moments —Tatyana’s Letter Scene, Lensky’s aria and the final duet—by many notable artists performing in English, Italian, German and Russian.

The Letter Scenes with Sondra Radvanovsky and Teresa Stratas originated from concerts, but all the other bits come from complete opera performances, including Marina Shaguch’s sole Met appearance.

Some may be familiar with a 1977 Munich broadcast featuring Julia Varady and Wolfgang Brendel, but today’s duet comes instead from a later 1984 performance with the pair. The duet between Gabriela Benacková and Brazilian baritone Nelson Portella is drawn from what may be the earliest complete live performance with Benacková, who was 30 at the time.

Although Leontyne Price recorded the Letter Scene in Russian, she only performed the complete opera in English in 1964 with William Dooley who died in 2019 at 86.

Although some might be surprised to find a pair of excepts in Italian, but the Met’s first Onegin in 1920 (also the opera’s US stage premiere) was in Italian and featured Claudia Muzio, Giuseppe de Luca and Giovanni Martinelli. The opera wouldn’t be performed by the company in Russian until 1977.

The sound quality varies greatly among these clips. While many are broadcasts, there are also in-house pirates with iffy sonics, especially the Italian clips.


Each of these Eugene Onegin excerpts can be downloaded by clicking on the icon of a cloud with an arrow pointing downward on the audio player above and the resulting mp3 file will appear in your download directory.

A complete performance of Onegin from the Bolshoi’s visit to the Met in 1975 with Tamara Milashkina, Vladimir Atlantov and Yuri Mazurok remains available here.

In addition, nearly 500 other podcast tracks are always available from Apple Podcasts for free, or via any RSS reader. The archive which lists all Trove Thursday offerings in alphabetical order by composer have been up-to-dated recently.