A place in the shade

Next Wednesday is the composer’s 337th birthday, so Trove Thursday previews this spring’s most enticing Handel performance with two very different live versions of his delightful Serse,. 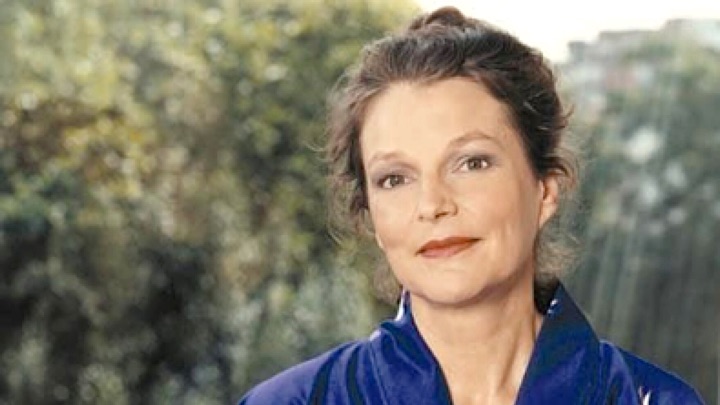 Serse was Handel’s next-to-the-last opera and its wickedly comic love intrigues are far different from those of the opera seria that comprise virtually all of the composer’s stage works. It opens with the famous “Largo from Xerxes” aka “Ombra mai fu,” an arioso sung by the lovesick title character… to a tree!

In the US Serse had a brief vogue 25 years ago thanks mainly to Stephen Wadsworth’s delightful production and English translation. Today’s 1996 Boston broadcast features that version which premiered at the Santa Fe Opera in 1993 with Frederica von Stade in the title role. She would later repeat the role with the Seattle Opera, but Hunt Lieberson donned the lovesick Persian king’s trousers when the Los Angeles Opera took on the Wadsworth in 1994. The year after its Boston run, Hunt Lieberson et. al. brought the show to New York City Opera which revived it six years later with Sarah Connolly.

The “other” notable contemporary Serse production was Nicholas Hytner’s which premiered at the English National Opera in 1985. It was imported by Chicago Lyric a decade later and by the Houston Grand Opera in 2010. I’ve never seen the video of it which features the original ENO cast including Ann Murray and Valerie Masterson, but I did finally catch the show in London in 2005 with Katarina Karnéus and Lawrence Zazzo as the competing brothers. For my taste it was far too busy, going for easy laughs at the expense of the complexity intrinsic in Handel’s work.

When Hunt Lieberson finally debuted at NYCO in Serse, I had been a devoted fan for over a decade beginning with her stunning Sesto in Peter Sellars’s life-changing Giulio Cesare at the 1985 PepsiCo Summerfare.

After that, I would make it a priority to hear her any time that I could: as Donna Elvira in two different versions of the Sellars Don Giovanni, in a Mabou Mines piece called Sueños as Sor Juana de la Cruz, and singing from the orchestra pit while Mark Morris’s troupe brought his glorious L’Allegro, il Penseroso ed il Moderato to a Lincoln Center stage for the first time.

The Brooklyn Academy of Music brought over Les Arts Florissants’s sumptuous stagings of Charpentier’s Médée and Rameau’s Hippolyte et Aricie in which Hunt Lieberson starred as a transfixing Médée and Phèdre. Needless to say, I then went to Serse twice and her superb portrayal was matched by that of Daniels whom I had “discovered” at the 1994 Glimmerglass Festival. His spectacular Nerone there in Monteverdi’s L’Incoronazione di Poppea announced the arrival of American’s next great countertenor and overshadowed Brian Asawa, the Ottone.

The next summer I relished his flamboyant Tamerlano again at Glimmerglass, so I eagerly anticipated his City Opera debut as Arsamene, and he did not disappoint. Unfortunately, his prime didn’t last very long and Hunt Lieberson tragically died of cancer in 2006.

The 1965 Town Hall Serse is a throwback to an earlier era of Handel opera performances with slower tempi, multiple cuts and no countertenors. It may sound familiar to those who have heard the commercial Serse recording made in Vienna also conducted by Brian Priestman with Forrester and Maureen Lehane but instead featured Lucia Popp and Marilyn Tyler as Romilda and Atalanta.

This Serse took place just five days after Baker’s NYC opera debut as Smeaton in Donizetti’s Anna Bolena for the American Opera Society at Carnegie Hall.  Unfortunately, it would be the only Handel opera the English mezzo sang in the US.

After the cancellation of Rodelinda in 2020 and Tamerlano in 2021, the English Concert’s annual Handel series finally returns to Carnegie Hall on May 8 with Serse starring Emily D’Angelo in the title role. Lucy Crowe is Romilda, but the singer performing the role of Arsamene has yet to be revealed. It promises to one of the season’s must-attend opera events.

Before then, Juilliard sends its birthday greetings to Handel a day late when on February 24 William Christie leads four singers and Juilliard 415 in Il Trionfo del Tempo e del Disinganno.

A few weeks later, the Met revives Wadsworth’s production of Rodelinda for the first time in more than a decade with a not especially appetizing cast—but we’ll see.

Each Serse performance can be downloaded by clicking on the icon of a cloud with an arrow pointing downward on the audio player above and the resulting mp3 file will appear in your download directory.

In addition, nearly 500 other podcast tracks are always available from Apple Podcasts for free, or via any RSS reader.

The archive which lists all Trove Thursday offerings in alphabetical order by composer will be further up-to-dated soon.