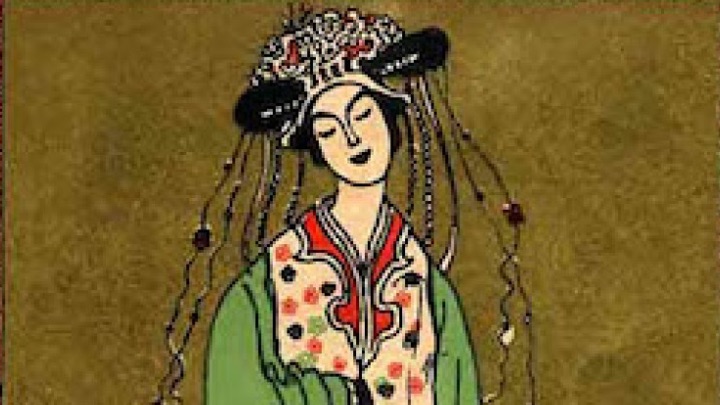 The dramatic works of Carlo Gozzi, the 18th century Italian playwright, have been embraced by many artists. Works as disparate as Wagner’s Die Feen and Prokofiev’s The Love for Three Oranges have depicted Gozzi’s fancifully imaginative world. Turandot inspired not only Busoni and Puccini in the early 20th century, but earlier Schiller, whose translation of the play was first directed by Goethe.

Weber would compose incidental music for the Schiller adaptation and Busoni’s initial Turandot composition was a suite used by Max Reinhardt for a stage production of the Schiller in Berlin. There’s also a Turandot opera by Johann Vesque von Püttlingen! Who?

Though born in Italy, Busoni would swiftly become a “German” composer as he commenced his musical education in Vienna at age nine, followed by stints in Graz and Leipzig. He’d eventually settle in Berlin where he spent the last 30 years of his life. Perhaps his heritage drew him to commedia dell’arte though the libretti for Turandot and Arlecchino, both written by the composer and featuring spoken dialogue, are in German. Though not a laugh-riot, his Turandot is considered a “comedy” and thus lacks Puccini’s tragic Liù character.

The always adventurous Leon Botstein produced a fascinating semi-staged double-bill at the 2017 Bard Summerscape Festival which focused on Puccini. Directed with economy and wit by R. B. Schlather, the afternoon helpfully paired Busoni’s complete work (which runs about an hour) with the final act of Puccini’s opera in the fairly recent completion by Luciano Berio.

Although I wasn’t entirely convinced by the Berio, Busoni’s work proved consistently stimulating and I can only imagine that its brief running time and inevitable comparison to Puccini have prevented it from being performed more often. Melody Moore, who soared wonderfully opposite Russell Thomas in the recomposed Puccini, was equally commanding as Busoni’s initially icy princess.

I happened to hear today’s clarion Turandot in person the year after this Dutch Busoni performance. On one of my days off during the Berlin Staatsoper’s Wagner 10-opera Festtage, I noticed that the Deutsche Oper was offering Elektra with Eva Marton and Jane Henschel. Tickets were pretty inexpensive and Marton. still in potent form. made it a compelling evening. Danish soprano Tina Kiberg, whom I knew then only by name, proved a splendidly refulgent sister.

I hadn’t remembered that Kiberg appeared briefly at the Met in fall 1995 as Pamina in a Die Zauberflöte which also featured fellow Dane Mikael Melbye as Papageno; her Tamino was the marvelous Swedish tenor Gösta Winbergh.

Next Tuesday Puccini’s Turandot starring Christine Goerke and Yusif Eyvasov will be the Met’s third opera to open this season. That work may also arrive on Trove Thursday at some point.

Busoni’s Turandot and Arlecchino can be downloaded by clicking on the icon of a square with an arrow pointing downward on the audio player above and the resulting mp3 files will appear in your download directory.