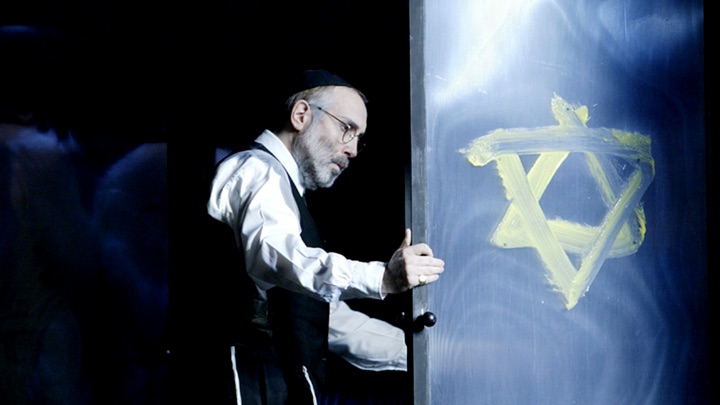 Earlier in 2021 Trove Thursday saluted the American Opera Society and Opera Orchestra of New York, the two most important local producers of star-studded concert operas. But there were others, including the Friends of French Opera led by Robert Lawrence. This organization gave Tucker what proved to be his only opportunity to perform Eléazar in New York. Some will know that shortly before the tenor’s death in early 1975 at the age of 61 the Met had decided, at his urging, to mount La Juive for him.

After today’s 1964 concert, Tucker would eventually take part in Juive stagings at the New Orleans Opera in 1973 and the following year at the Liceu in Barcelona. A complete recording had been discussed but eventually RCA released only a highlights LP featuring Tucker along with Martina Arroyo and Anna Moffo.

Friends of French Opera originally announced that the role of Rachel would be sung by Leyla Gencer in her New York debut. However, she didn’t make it and nearly a decade passed before the Turkish soprano would finally appear at Carnegie Hall in Donizetti’s Caterina Cornaro. Sarroca, the noted French soprano who replaced Gencer, seems to have never returned to New York, nor can I find mention of any other US appearances by the esteemed artist who is still with us at 94.

Tucker’s death prompted the Met to cancel its Halévy revival causing fans of La Juive to wait nearly 40 years before the company turned to Shicoff for its first performance of the work since Giovanni Martinelli sang Eléazar to Elisabeth Rethberg’s Rachel in 1936. A broadcast of the second act of a San Francisco Opera Juive from that same year starring Rethberg and Martinelli has survived.

Like Tucker, Shicoff proved a strong Juive advocate performing Eléazar in a production at the Vienna Staatsoper which would then travel to the Met in 2003. Four years later, he would headline this Paris Opéra revival, the company’s first since 1934, joined by Antonacci, Annick Massis, Colin Lee (who shared Léopold with John Osborn) and Ferruccio Furlanetto, repeating his Met role of the Cardinal, Rachel’s real father. Another American, Chris Merritt, would also sing Eléazar during that 2007 run at the Bastille.

I remember seeing a photo of Enrico Caruso in rabbinical garb in La Juive (the last opera he performed) when I was first discovering opera. At age 11 and ignorant of French, I assumed that he was portraying the title role! Although important sopranos have embraced Rachel since it was premiered by Cornélie Falcon in 1835—notable Met exponents in addition to Rethberg have included Amalie Materna, Lilli Lehmann and Rosa Ponselle—it’s been famous tenors who have commanded the opera’s infrequent revivals.

I have long wondered by the Met hasn’t brought back its chilly Juive production for Roberto Alagna, who starred in the opera several years ago at the Bavarian State Opera opposite his wife Aleksandra Kurzak as Rachel. I suspect that if La Juive is revived by some leading opera house during the next decade it may very well be another American tenor—Michael Spyres, who has flourished in other roles created by Adophe Nourrit—as Eléazar!

Both versions of La Juive can be downloaded by clicking on the icon of a square with an arrow pointing downward on the audio player above and the resulting mp3 file will appear in your download directory.

In addition, more than 400 other podcast tracks are always available from Apple Podcasts for free, or via any RSS reader. The archive that lists all Trove Thursday offerings in alphabetical order by composer has just been completely updated.