Important European revivals this season would like to return Nicola Porpora to the remarkable prominence he held during the first half of the 18th century. Trove Thursday argues his case with a “pirate” recording of Polifemo featuring Franco Fagioli in a star performance along with Xavier Sabata (pictured), Laura Aikin, Mary-Ellen Nesi and Christian Senn. 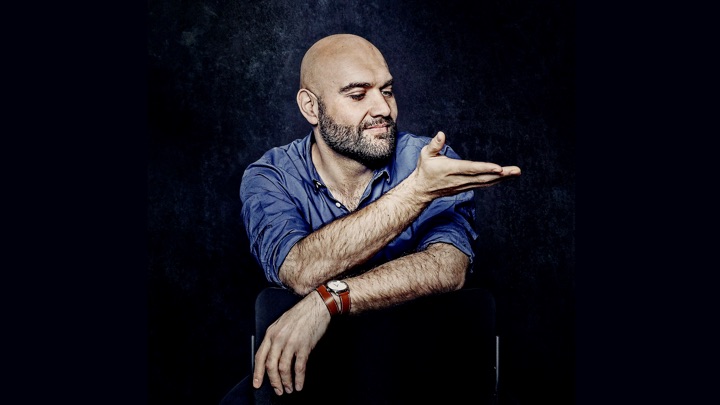 I understand each is being commercially recorded, and both star Max Emanuel Cencic, the countertenor who runs the festival and has recently been Porpora’s greatest champion having released a solo CD of opera arias as well as a complete Germanico in Germania.

Prior to the Bayreuth pair, the Valle d’Itria festival in Martina Franca presented L’Angelica, and in November Vienna’s Theater an der Wien, the venue for today’s 2013 Polifemo pirate, offers first the early three-character serenata Deianira, Iole ed Ercole, followed in January by L’Orfeo, a recently rediscovered pasticcio concocted for London by Porpora.

Will any of these works join those by Handel and Vivaldi in being regularly performed? Perhaps, and Polifemo may be Porpora’s worthiest contender. It premiered in 1735 in London where less than a month earlier Handel had introduced Ariodante, and it featured four of the greatest singers of the time: Farinelli (who like his fellow castrato Caffarelli had been taught by Porpora) as Aci, Senesino as Ulisse, Cuzzoni as Galatea and Montagnana in the title role.

Polifemo’s score contains Aci’s “Alto Giove,” one of the most beautiful and often-performed of baroque arias. Cecilia Bartoli, Simone Kermes, Ann Hallenberg, Vivica Genaux, David Hansen and Valer Sabadus have all recently embraced it, as has Philippe Jaroussky who has recorded an all-Porpora CD, as have Fagioli and Karina Gauvin.

Polifemo is based on Ovid’s tale from The Metamorphoses of the tragic love triangle between mortal Acis, sea-nymph Galatea and the giant Polyphemus. It attracted several of most accomplished composers during the 17th and 18th centuries including Lully whose final opera was Acis et Galatée. Long before heading to London, Giovanni Bononcini produced his Polifemo which has recently been released on CD featuring the splendid young Brazilian male soprano Bruno de Sá as Aci.

And of course Handel turned to the myth twice: Aci, Galatea et Polifemo, composed during his youthful Italian sojourn, followed a decade later by the exquisite Acis and Galatea, his most important early work in English.

Today’s Porpora performance was videotaped but only excerpts have surfaced.

In addition, more than 400 other podcast tracks are always available from Apple Podcasts for free, or via any RSS reader. The archive which lists all Trove Thursday offerings in alphabetical order by composer will be completely updated soon.