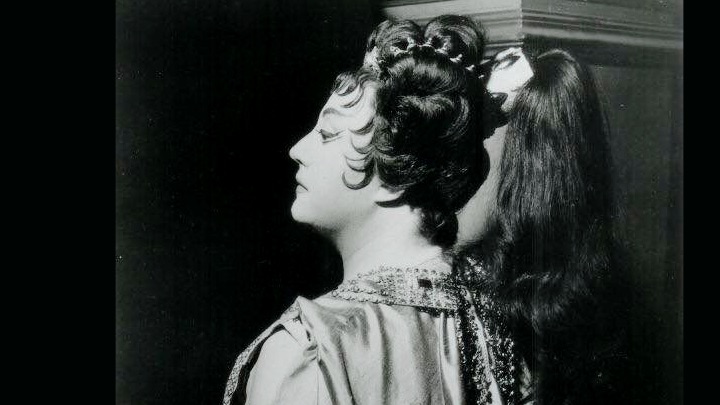 These are Ariadne auf Naxos with Reri Grist, Irmgard Seefried and Jean Cox plus her only Les Troyens with Jon Vickers!

The 1964 Ariadne pirate from Chicago documents her only US engagement for the Strauss opera. Some may be familiar with an Aix-en-Provence telecast from two years later in which she and Cox are joined instead by Mady Mesplé and Tatiana Troyanos. Although this earlier (superior?) audio-only recording has been “around,” a recent discussion here on parterre suggested that there are those who haven’t heard it yet, so I’m pleased to include it today not only for Crespin but also for the irresistible Grist and Seefried.

The broadcast of the latter’s rapturous Komponist twenty years earlier—performed in the presence of the composer when the soprano was just 24—remains one of the essential Strauss recordings not only for Seefried but for Maria Reining’s Ariadne.

Those who have heard Crespin’s Cassandre/Didon hat-trick on a Teatro Colón broadcast two years before this San Francisco performance will know the shocking edition used. La Prise de Troie is cut to shreds and lasts just 30 minutes; the important character of Chorèbe is entirely omitted along with much other magnificent music. Les Troyens à Carthage suffers less, but while Berlioz-lovers will decry the editor’s scissors, they will still rejoice to have prime Crespin in some of his music.

Crespin and Vickers were frequent colleagues best known as brother and sister in Die Walküre. However, the tenor was also was Siegmund to Crespin’s three 1968 Met Brünnhildes, as well as her three at the Salzburg Easter Festival. Vickers was entombed with Crespin at her somewhat ill-advised Mexico City Aïda in 1962.

The year before Ariadne, Crespin and Vickers sang in two operas with Lyric in Chicago: one Un Ballo in Maschera and two performances of Fidelio. Unfortunately, the pirate of Crespin’s CLO Fidelio (her only US Leonores) features instead Vickers’s replacement, Sebastian Feiersinger, as Florestan.

For all its brutal cuts the San Francisco Troyens remains essential as the sole Berlioz collaboration of Crespin and Vickers, the latter in his first outing as Énée in French. The production was her local opera debut and proved such a success that the work was revived three years later and toured to Los Angeles, though that time Guy Chauvet replaced Vickers.

Recordings exist of two other occasions that Crespin sang Didon in the US: in Boston with Sarah Caldwell for the work’s first complete staging in America and a rather too late concert version of Les Troyens à Carthage from the 1977 Cincinnati May Festival (with Chauvet and Kathleen Battle as Ascagne), a performance I should have attended but somehow didn’t know about!

Trove Thursday promises another installment of rare US Crespin in the coming months!

In addition, more than 400 other podcast tracks are always available from Apple Podcasts for free, or via any RSS reader. The archive which lists all Trove Thursday offerings in alphabetical order by composer was recently up-to-dated. 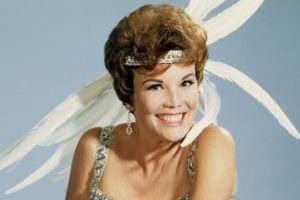