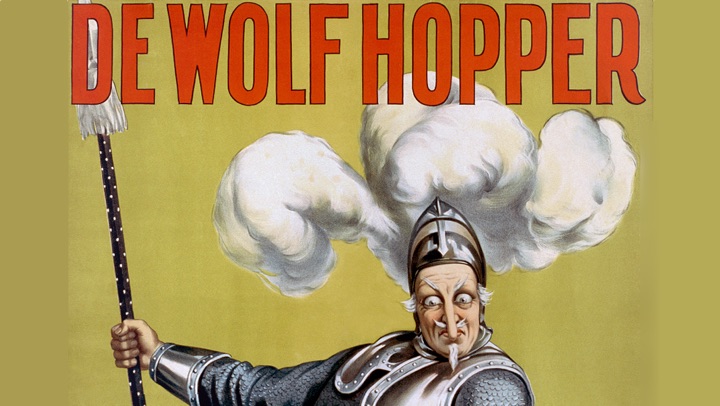 When I think of music and the Fourth of July, Sousa marches inevitably come to mind. While I was growing up, my family often attended free concerts during the summer by the Dayton Philharmonic or the Dayton Municipal Band at the Diehl Bandshell in Island Park. Often these concerts were followed by fireworks, and those were always particularly impressive on Independence Day. “Stars and Stripes Forever,” of course, always concluded the Municipal Band’s special holiday concerts.

As Sousa was such an iconic American figure, Hollywood had to get into the act with a 1952 biopic starring Clifton Webb as The March King entitled—what else?—Stars and Stripes Forever!

El Capitan, which features one of Sousa’s best-known marches, previewed in Boston followed by a Broadway opening in 1896. It ran for more than 100 performances and featured De Wolf Hopper in the title role of Don Errico Medigua. Hopper, a celebrated musical theater star of the time, had his biggest success, however, performing the much-loved baseball poem “Casey at the Bat“ thousands of times!

The fifth of six wives of De Wolf was Hedda Hopper, the actress and gossip columnist. They were married for nine years, and their son William too became an actor and earned television immortality as Paul Drake on the early Perry Mason television series.