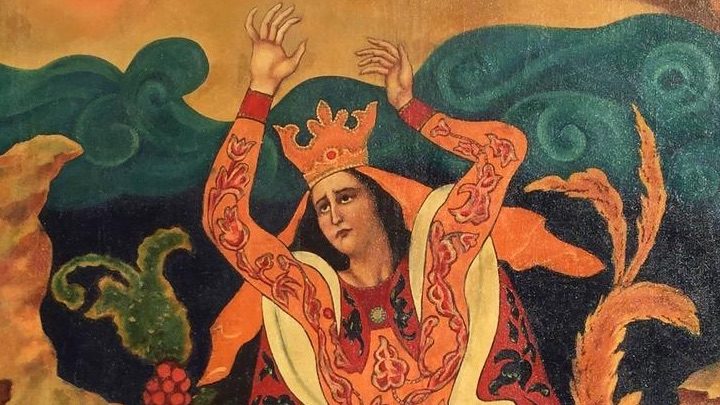 With its pricey poppy field, the Polovitsian scene of its recent Prince Igor was one of the most thrilling times I’ve spent at the Met during the past decade. The superb chorus was split between the side Parterre boxes, and from my seat in the orchestra the surround-sound Gianandrea Noseda elicited was spine-tingling. It reminded me of my previous Met visit to the Polovitsian camp during a gala given by the then-named Kirov Opera when Valery Gergiev invited the show-stopping Kirov Ballet to join in. The scene was further enriched by Larissa Diadkova’s lush Konchakovna and Gegam Grigorian’s robust Vladimir.

The choreography for the Dmitri Tcherniakov Met show however was unexciting lacking a superstar premier danseur to bring down the house as Rudolf Nureyev had at the Lyric Opera of Chicago in 1962 or when Edward Villella created a sensation in the Frank Corsaro production seven years later at the New York City Opera. At the Met premiere of Igor in 1915 (in Italian!) the spotlight though was instead on the prima ballerina: Rosina Galli,who would later marry Met General Manager Giulio Gatti-Casazza. (Was she then Signora Galli-Gatti-Casazza?)

Brinkmann didn’t have much of an American career (if any), but I did manage to catch this performance’s other principals if only glancingly with the exception of Koptchak, a regular presence at the Met for 200 performances over 23 years.

Before consulting the Met archives. I hadn’t realized that Schunk’s debut as Florestan which I attended in 1986 was his only performance that year! I don’t recall him disgracing himself among an impressive cast that included Hildegard Behrens, Siegmund Nimsgern, Matthias Hölle as well as fellow debutants Marie McLaughlin and Barry McCauley. That one-off Beethoven didn’t prevent him from later reappearing with the company as Siegmund and the Kaiser.

I’d prefer to remember Miricioiu in Mercadante’s Emma di Antiochia which I heard in London rather than in her misbegotten City Opera Agrippina, and I’m grateful to have caught one of the last of Nesterenko’s rare local appearances as a grandly authoritative Prince Gremin in Eugene Onegin when the Bolshoi Opera visited the Met in the summer of 1991. The audience was clearly very happy to see him as he garnered the ovation of the night.

For some reason Lipovsek has never figured prominently in my consciousness. Like Brigitte Fassbaender before her, she performed only a very limited opera repertoire in US houses: the Walküre Fricka in Chicago in 1993 and then again in 2002 along with both Frickas and Waltraute in San Francisco’s 1999 Ring. I attended her 2002 Met Elektra debut as Klytämnestra, but her modest (especially after over-the-top Leonie Rysanek and Fassbaender in that Otto Schenk production), well-sung portrayal paled next to her high-voltage daughters, Deborah Polaski and Karita Mattila.

After examining her Vienna Staatsoper career, I realized the Slovenian mezzo had a much wider-ranging stage career than I’d known. I thought of her more as a concert singer, perhaps because I had really enjoyed her 1998 lieder recital at Alice Tully Hall. But she performed many other Strauss roles like the Frau Nurse, Clairon, Gaea in Daphne and even Octavian, and, in addition to today’s Konchakovna, her other Russian roles included Marina in Boris Godunov and Khovanshchina’s Marfa. She also dipped deeply into Verdi with Azucena, Amneris, Preziosilla and Quickly. Did anyone see her in these or other roles?

Igor can be downloaded by clicking on the icon of a square with an arrow pointing downward on the audio player above and the resulting mp3 files will appear in your download directory.

One can also hear Miricioiu in Luisa Miller;  Schumann’s Genoveva with Lipovsek; and Nesterenko as the Grand Inquisitor in Don Carlo.