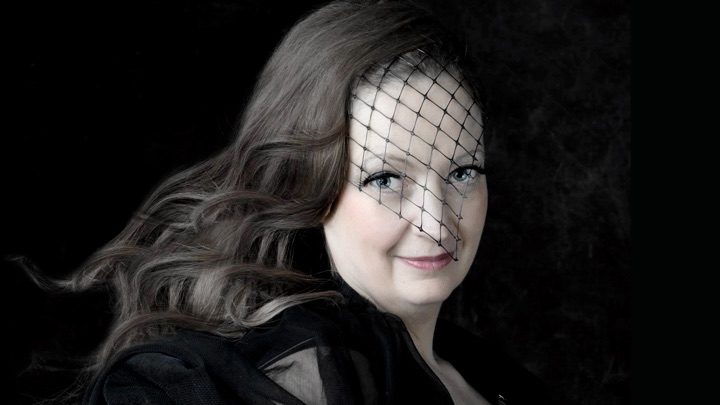 As if by divine providence, my full-page (!) profile of Hallenberg appeared last year in the Arts and Leisure section of the Sunday New York Times on February 23—Handel’s 335th birthday!

In that piece I hypothesized that the Swedish mezzo has performed more of the great composer’s music than any singer since the 18th century. With no live performances to attend or review, I became determined to explore further that speculation and dove into my trove of recordings hunting for items that would supplement Hallenberg’s already extensive Handel discography.

On CD one discovers Il Trionfo del Tempo e del Disinganno, Tolomeo, Siroe, Ezio, Giove in Argo, Ottone, and Imeneo, plus DVDs of Tamerlano, Ariodante, and Serse (with Hallenberg appearing as Arsamene though rather than in the title role). In addition, recitals include selections from Rinaldo, Muzio Scevol Amadigi, Admeto, Alessandro, Berenice, Agrippina, Israel in Egypt, and Floridante!

Eschewing any role found in the 19 works above, I was stunned to assemble today’s collection culled from live performances which samples 21 more roles from ten operas and six oratorios!

I don’t know the provenance of several clips, but these arias (and one duet) span from 2003 to one item (from Ottone) forwarded to me from last year’s Zankel Hall concert which preceded the shutdown by just two weeks! Had not the pandemic arisen, Hallenberg would currently be starring in a new staging of Hercules at the Karlsruhe Handel Festival. Then, after celebrating her birthday on St. Patrick’s Day, she’s currently scheduled to add yet another Handel role to her vast repertoire on April 2: Galatea in Aci Galatea e Polifemo at the Lyon Opera.

If these five mini-recitals (divided into opera and oratorio offerings arranged chronologically by composition date) don’t sate, Hallenberg’s glowing rendition of the cantata “Donna, che in ciel” can be heard on a previous edition of Trove Thursday.

Surprises? There’s no Messiah although I know of a broadcast of the Mozart version and no “Ombra mai fu” aka Handel’s Largo! I recommend starting with the first Oratorio group which begins with Hallenberg’s extraordinary Cyrus from Belshazzar, a favorite work of mine. Throughout, the selections include only sung material except for the Solomon group which also features some orchestral bits.

As these selections (over three hours of music) originate from all sorts of broadcasts as well as a few in-house tapings, listeners may have to adjust their volume/balance occasionally.

Each of the five groups can be downloaded by clicking on the icon of a square with an arrow pointing downward on the audio player above and the resulting mp3 file will appear in your download directory.