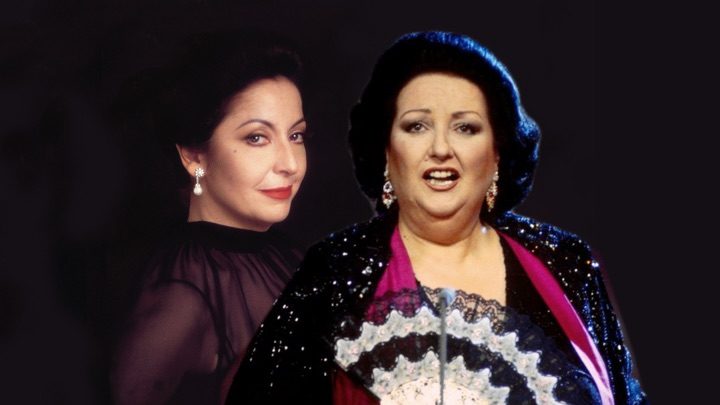 Although I own many baroque zarzuelas on CD and last year posted two fine examples by Literes and de Nebra on Trove Thursday, I must plead near complete ignorance about the late 19th and early 20th century works from which the vocal and orchestral excerpts are drawn for this pair of wonderfully entertaining concerts.

I do know that many of the previous century’s biggest Spanish opera stars including Alfredo Kraus, Victoria de los Angeles and Pilar Lorengar, in addition to Caballé, Berganza, and Martí, recorded arias and in some cases complete zarzuela works, but I’m pretty unfamiliar with those CDs and welcome recommendations to further my lagging education.

In addition, the He-Ancient Tenor-Baritone has over the decades has sought to stir interest in zarzuelas by starring in several revivals both here and in Europe, but even his eternal, now mystifying star power hasn’t won these works a lasting place in theaters outside of Spain and other Spanish-speaking countries.

The Caballé-Martí shindig features a wildly volatile crowd, the sort I’ve never been a part of. And I doubt I ever will be which makes me a bit sad. I don’t believe raucous demonstrations like this one—after an audience member boos Martí, another demands that he leave the theater loudly shouting “Out! Out!” which leads to general pandemonium—were all that common in New York City venues. However, the crowd that April night at Carnegie Hall remains loudly agitated until Caballé settles everybody down.

Although Caballé passed away in October 2018, her husband Martí, now 92, survives her while Berganza turns 86 next month. The mezzo, often accused of placidity, is in particularly sparkling form for this Munich appearance.

Both zarzuela concerts can be downloaded by clicking on the icon of a square with an arrow pointing downward on the audio player above and the resulting mp3 files will appear in your download directory.