An acclaimed revival earlier this season of Sebastián Durón’s Coronis (that name, yikes!) reminded me that Trove Thursday has been ignoring baroque zarzuelas. 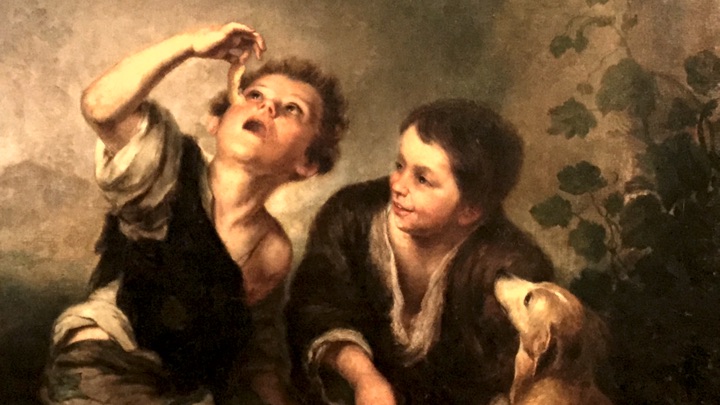 This week amends are made via a scintillating pair by Antonio de Literes and José de Nebra.

Along with several other CDs, they proved an absolute revelation, an endlessly seductive bounty of surprises.

For the next decade or so, López Banzo produced an extensive and inviting discography that included many works by composers I’d only known as names briefly mentioned in opera histories. Finally, I could hear Acis y Galatea or Jupiter y Semele by Literes, both startlingly different from the more familiar settings in English by Handel.

Maria Bayo, one of the more prominent Spanish singers of the day, jumped on the baroque zarzuela bandwagon recording two discs, in 2000 a miscellany with Christophe Rousset followed five years later by an all-Nebra collection with López Banzo.

Never a big Bayo fan, I’ve gratefully turned to both of her appealing samplers over the years.

López Banzo’s soprano of choice, however, was Marta Almajano who appeared in nearly all of his recordings from the mid-90s through the mid-00s. She and the conductor appeared in New York in my only local encounter with this music. The New York Collegium, a wildly ambitious but ultimately doomed period ensemble, invited them both to perform Nebra’s Iphigenia en Tracia in 2001. To the surprise of many it proved a rather jolly work about the tragic daughter of Agamemnon, but it nevertheless won lots of fans for the soprano, conductor and especially the composer who has become the favorite of my many discoveries from this period.

I did attend a staging of Torrejón y Velasco’s La púrpura de la rosa (to a celebrated libretto by Calderón de la Barca) in Madrid which should be considered part of this genre although it premiered in Lima, probably the first opera ever composed for the Americas.

A briefly revived New York City Opera three years ago tackled Los Elementos, a short work by Literes. I missed it but it was warmly hailed hereabouts by John Yohalem; naturally it has been recorded by López Banzo and his usual crew.

Altogether entrancing, it features the inevitable Almajano and four other female singers (one virtually never encounters countertenors in these recordings) and omits the spoken dialogue that you will hear included in both of today’s live offerings.

Nearly 25 years passed before the next great recording of a full-length Nebra work appeared. Recently Glossa issued what is hands-down my favorite CD of 2020, Vendado es Amor, no es ciego.

Rather than omit the dialogue as the Coin recording had, Vendado uses a sonorous narrator whose contributions are brief but recorded in a much different acoustic; the transitions can occasionally be disconcerting. The infectiously vital musical performance is led by Alberto Miguélez Ruoco who most of the time performs as a countertenor!

Unusually the leads are not sung by native hispanophones: beguiling Italian soprano Giulia Semenzato in the trouser role of Anquises and French mezzo Natalie Pérez whose fiery vengeance aria as Venus I’ve listened to over and over for the past few weeks.

The spectacular Pérez, often sounding like a young Elina Garanca, may well be the discovery of the year! Those blazing high notes!

The remarkable rebirth of 18th century Spanish vocal music hasn’t been limited to secular theatrical works but also exciting sacred choral pieces. Two of the very best CDs prominently feature works by Juan Frances de Iribarren and include the dazzling fireworks of soprano Maria Espada who can also be heard in the Literes piece featured today.

Headlining today’s Nebra conducted by Alan Curtis is Yolanda Auyanet who was recently seen as Elisabeth in the worthy stream of Verdi’s Don Carlos from Liège.

A recent broadcast of a concert in Madrid last year presented the Swedish mezzo Ann Hallenberg not only in her usual Handel but also in arias by Nebra and Literes. As her first selection was the intensely haunting “Ay, amor, ay, Clelia mia” from the single act by Nebra of the omnibus Amor Aumenta el Valor I couldn’t resist including it today along with two other arias.

These zarzuelas all have the longest titles!

Many thanks to David Yllanes for his assistance.

Both zarzuelas and the Hallenberg arias can be downloaded by clicking on the icon of a square with an arrow pointing downward on the audio player above and the resulting mp3 files will appear in your download directory.