From Lear to eternity

Ninety-five years ago, Evelyn Lear was born on January 8 in Brooklyn, and Trove Thursday remembers the soprano with one of her earliest successes: Schreker’s Die Gezeichneten co-starring her husband Thomas Stewart, Helmut Krebs and Franz Crass. 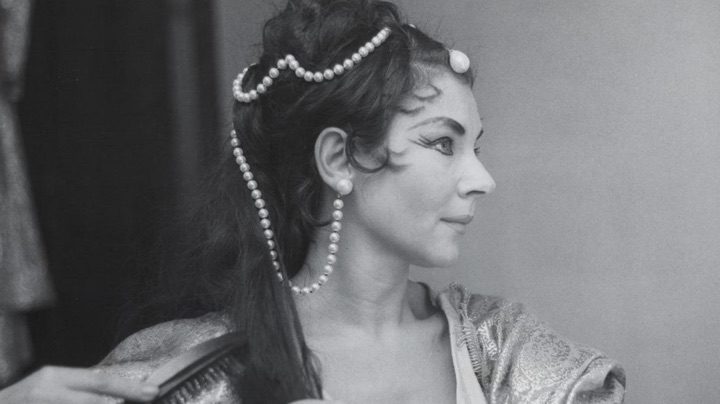 Lear’s “star is born” story involved her being offered Lulu late in the day for a concert performance in Vienna and having to learn it very quickly. It proved a big success and Lulu became a signature role for her in the 1960s. I had always assumed she was still a young artist at that point but in fact in 1960 (the same year as this Schreker broadcast) she was 34.

A great champion of Lear’s, Karl Böhm conducted both the Otto Schenk production of Lulu preserved on video, as well as the classic Deutsche Grammophon recordings of both Wozzeck and Lulu on which Lear co-stars with Dietrich Fischer-Dieskau.

Although she had been Cherubino in Salzburg for the three previous summers, I wonder what festival audiences thought when after years of Elisabeth Schwarzkopf and Christa Ludwig as Fiordiligi and Dorabella, Böhm offered Lear and Patricia Johnson as the fickle sisters in 1965! The soprano was also the conductor’s Pamina on his recording of Die Zauberflöte again with Fischer-Dieskau as well as Fritz Wunderlich.

The Lear- Böhm partnership continued at the Met where he conducted her in four performances each of Octavian, the Komponist, Cherubino and the Marschallin between 1969 and 1974.

When she finally made her Met debut as Lavinia in the world premiere of Mourning Becomes Electra during the first Lincoln Center season, she was already 41, the oldest of the principals. Marie Collier, who was also debuting, as her mother, was a year younger than Lear.

Vocal problems cropped up in the 70s which Lear reportedly attributed to all the modern music she’d sung earlier in her career. She then began to take several traditionally mezzo roles including a celebrated Troyens Didon in Geneva in 1974.

One of more startling role-combinations I’ve read about occurred in San Francisco where she’d debuted in Lulu in 1965. Five days after she concluded a series of Fiordiligis in Così fan Tutte with Frederica von Stade as Dorabella in October 1973, Lear took on Marina in Boris Godunov! Have others juxtaposed these roles–within a week? Yes, Sena Jurinac sang both, but she only took on Marina years after she’d given up Fiordiligi.

Lear’s only other new production at the Met was as the Countess in Günther Rennert’s Le Nozze di Figaro when she was nearly 50; my recollection is that it was not well received.

She did perform one of her Berg heroines there: Marie in Wozzeck in 1969 opposite Geraint Evans, also her partner in San Francisco the previous year. Lulu finally arrived at the Met long after Lear had relinquished the title role, but she was Geschwitz in the company premiere of the completed three-act version with Teresa Stratas in 1980. Are there other Lulu/Gräfins besides Lear (and Anja Silja of course?)

Lear’s eclectic American opera career can again be observed in her only engagements with the Lyric Opera of Chicago: in 1966 she was Monteverdi’s Poppea, the thorn in the side of Teresa Berganza’s Ottavia (there’s a pirate recording of this production). She would return to the company 15—as Hanna Glawari in The Merry Widow—a pair of roles she also shared with Gwyneth Jones!

There’s not a lot of Lear available on video besides her Lulu and Geschwitz (from the Met with Einspringerin Julia Migenes) but this lovely “Addio” from La Bohème in German gives a brief idea of her magic.

Gezeichneten can be downloaded by clicking on the icon of a square with an arrow pointing downward on the audio player above and the resulting mp3 file will appear in your download directory.