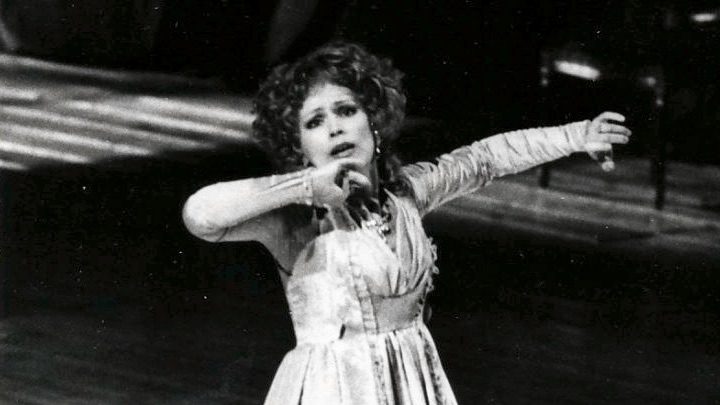 Beethoven’s 250th birthday finally arrives on Monday, though with few of the year’s planned celebrations having taken place… though Tobias Kratzer’s willful new Fidelio at Covent Garden made it in just under the wire. I’m shocked that people frequently voice reservations about the composer’s magnificent only opera, one of the most powerful and moving works ever written for the lyric stage and one I never tire of.

This first performance may be Bernstein’s earliest staged Fidelio, one of the few operas that he regularly conducted. His RAI-Rome broadcast with Birgit Nilsson as Leonore preceded Vienna by just a few months. Otto Schenk’s new production (still in use today) arrived in May 1970 at the Theater an der Wien where Beethoven’s first version Leonore oder Der Triumph der eheliche Liebe premiered. After three performances, Bernstein et. al. moved to the Staatsoper, and this broadcast features most of the first cast except for Walter Berry and Gerd Nienstedt who had replaced Theo Adam and Karl Ridderbusch.

After this run Bernstein wouldn’t return to Fidelio until eight years later in Vienna, as he withdrew from the 1976 Met revival. The 1978 performances with Gundula Janowitz and René Kollo became the basis for his Deutsche Grammophon recording and video. Despite Janowitz’s presence in those, Jones was clearly Bernstein’s Leonore of choice as she also was to be his heroine at the Met and later sang the six performances of Fidelio the conductor led during the Wiener Staatsoper’s tour to Washington and New York in the fall of 1979, the final times he performed the opera. Jones also appears on his recording of Beethoven’s Ninth Symphony and was his Octavian in all but one of the Viennese Rosenkavaliers he did between 1968 and 1971.

Scanning the current flood of top 10 lists, I noted a few films acclaimed by major critics that I just didn’t “get!” But that happens to me a lot: Jones has for decades been among the major opera singers I can’t stand and whose performances and recordings I try to avoid. Initially I was tempted to not include today’s Fidelio, but with luck her fans will relish the beginning of her decade-long Fidelio collaboration with Bernstein.

As it turned out, I only saw Jones in opera twice: the first was a Walküre Brünnhilde I stood for at the Met in March 1983. I remember little about Jones but more about Simon Estes, imposing in his first-ever Wotan in the house, and Hildegard Behrens, ill-suited to Sieglinde.

My other Met-Jones encounter proved unexpectedly significant. A friend working at the Met Guild called on a Friday afternoon offering free orchestra seats to that evening’s Elektra. Since moving to New York, I’d avoided Jones in Puccini and Wagner but thought her Elektra, particularly opposite Leonie Rysanek, might be worthwhile, especially gratis. Several people I know, including La Cieca herself, found the Welsh diva overwhelming during those Strauss performances, but I didn’t much enjoy her (generally steady) loud unsubtle intensity

However, my partner had slipped into the left orchestra men’s room before the performance and brought back a pink leaflet he found by the sinks. Thus, I have Dame Gwyneth to thank for my 8 April 1994 introduction to parterre box which I eagerly devoured when I got home!

On the other hand. Varady is a favorite soprano who has often been featured on Trove Thursday since its beginning. While acknowledging her frequent carelessness about words, I often find her enthralling. One might have assumed that Beethoven’s heroine would be an ideal match for her dramatic intensity and vocal fire, but this broadcast—when the soprano was 44—preserves her only Fidelio. Was she right to have dropped it?

Best known as baroque specialist, Harnoncourt became a noted Beethoven interpreter, but he never used his own period-instrument ensemble, Concentus Musicus Wien, for the 19th century composer. This Feldkirch concert which features a narrator rather than the spoken dialogue, precedes his Teldec recording of Fidelio with Charlotte Margiono as Leonore by six years.

Each broadcast of Fidelio can be downloaded by clicking on the icon of a square with an arrow pointing downward on the audio player above and the resulting mp3 file will appear in your download directory.

Beethoven’s Leonore with American soprano Claire Watson in the title role and conducted by Erich Leinsdorf can be heard or downloaded here.