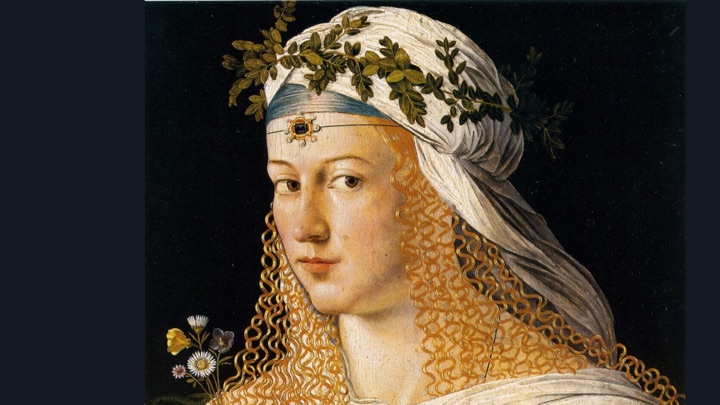 In the glorious first chapter of James McCourt’s ultimate opera diva fantasia Mawrdew Czgowchwz, Ralph, “the first to hear Czgowchwz and believe” tapes a late-night broadcast and in a frenzy runs to share his new discovery with his soon-to-also-be-obsessed cohorts:

In the late summer of 1947 Ralph had returned from a loft party on lower Seventh Avenue, fed up. Flipping on the predawn FM airwaves, he picked up a transcription of the Midsummer Night Prague Festival Gala. A scant hour later he came ranting through the heat to the front door of a particular brownstone kibbutz on St. Marks Place, under the Dog Star, carrying a paper-based tape in both hands as if it were alive. He was smoking two cigarettes. None inside had been prepared for the sublime, all being together in bed. It had to be heard, he told them all. Gin-milk cocktails and coffee were made while Ralph went on declaring, nearly pleading, which seemed hardly necessary. He had only the last part of it, but it had to be heard. (Ralph was and remains the truest of devotees, keeping a recorder plugged into a radio receiver day and night, day in, day out, until the end of time just in case and on the off-chance that anything diverting should fly in from anywhere on earth, and if beyond…) At that moment in time a certain seven first heard together the art and voice of Mawrdew Czgowchwz. What could they say?

If Papantoniou and Castro-Alberty scarcely fall into the legendary Czgowchwz category, one can imagine that for a brief moment each might have been held up as the newest, most exciting diva. That we remember them at all of course derives from “pirates” as few or no commercial recordings of either exist.

The Greek soprano Papantoniou had one of those meteoric careers that would be hard to replicate today when opera houses plan years in advance. She was suddenly a big deal in the early 70s and considered–fairly or unfairly–one of the “wannabe Callas” tribe which also included Elena Souliotis, Lucia Aliberti and Sylvia Sass.

Between 1971 and 1974 Papantoniou sang Mimi to Luciano Pavarotti’s Rodolfo in Philadelphia; appeared in Ernani (with Piero Cappuccilli and Nicolai Ghiaurov) and I Puritani (with Kraus) at London’s Royal Festival Hall; held off Angeles Gulin to win Giorgio Casellato-Lamberti in Il Corsaro; and headlined La Traviata in Brussels. But by 1975 Papantoniou had virtually vanished although she did resurface in Athens in the 1990s to perform several bel canto roles.

As far as I know she made no studio recordings but Castro-Alberty did at least one solo recital that I remember was always in the stacks of Jussieu Classique, a marvelous used CD store I always visited in Paris. The shop was overseen by a forbidding character ever clad in a flannel shirt, suspenders and leather chaps.

Although I never crossed paths with Papantoniou, I did hear Castro-Alberty just once at an event memorable on several counts. I had made my second trip to NYC as an adult for an opera-filled spring break. After relishing two live Rameau operas, Monday March 22, 1982 brought my first visit to Carnegie Hall for a star-studded gala commemorating the tenth anniversary of Opera Orchestra of New York. Unfortunately a number of the announced stars—Christiane Eda-Pierre, Tatiana Troyanos and Sherrill Milnes, among them—failed to show up and host Tony Randall was then mercilessly heckled the entire evening.

I was saddened and disappointed at the time but realize now it was an inevitable rite of passage for any true NYC operagoer. I did get to hear Mariella Devia, Pablo Elvira and Nicolai Gedda for the first time, but the gala’s unquestioned highpoints were two big Verdi scenas performed by a Puerto Rican soprano I’d barely heard of. Castro-Alberty came on and whipped the demoralized crowd into a frenzy, not once but twice with fiery, fearless excerpts from I Masnadieri and I Due Foscari, the latter she had performed for OONY the previous fall with Carlo Bergonzi and Renato Bruson. I left Carnegie that evening slightly shaken but eager to hear this thrilling singer again, but I never did.

Castro-Alberty made her Met debut as Amelia in Un Ballo in Maschera later that year and over the next 12 months performed there just six more times, including just one Trovatore and two Donna Annas. Her major-leagues career lasted a bit longer than Papantoniou’s—perhaps eight years. If her name rings a bell for “pirates” fans, it might be because she shared the stage in Rome with Montserrat Caballé, Veriano Luchetti and Giuseppe Taddei in Cherubini’s 1788 opera Démophoon which was televised.

As Papantoniou isn’t so easy to find I’ve also included more Donizetti: the final scene from a 1971 Barcelona Anna Bolena.

Both Lucrezias and the Bolena scene can be downloaded by clicking on the icon of a square with an arrow pointing downward on the audio player above and the resulting mp3 files will appear in your download directory.